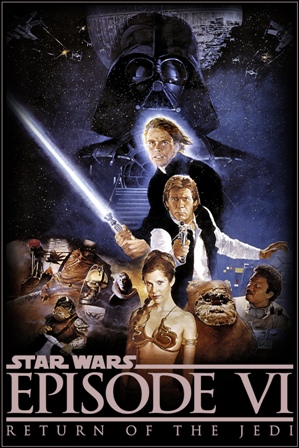 This is the third in the trilogy of Star Wars films. Darth Vader is building a second Death Star with Emperor Palpatine overseeing its construction. The Rebel Alliance launch an attack to stop the Death Star being built while Luke Skywalker tries to turn Darth Vader away from the dark side of the Force.