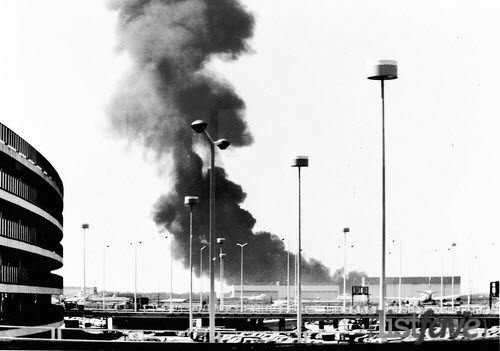 Occurring in 1979, this plane crash took the lives of 258 passengers and 13 crew members. The American Airlines aircraft DC10-10 was damaged when it took off. The pylon and the left engine separated from the wing causing wing damage. This led to the damage to the hydraulic system of the aircraft which led to the retraction of the control systems of the flight. Shortly after takeoff, the plane rolled and crashed killing 273 people instantly. Two people on the ground were also killed.