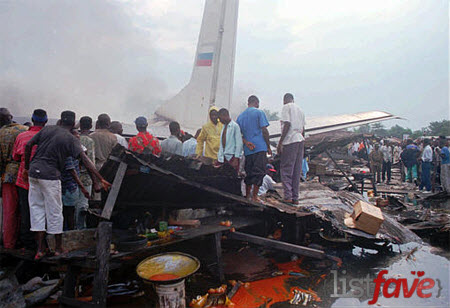 This was an accident that proved deadly for the people on the ground. The airplane was flying without license and was overloaded at the time of the accident. It is also assumed that the plane was carrying weapons and was fully fueled. The accident occurred because the airplane did not take off properly as it had not gained the adequate speed for takeoff. The plane crashed over a market place and exploded into a fireball. Nearly 225 to 348 people were killed while more than 500 were injured.