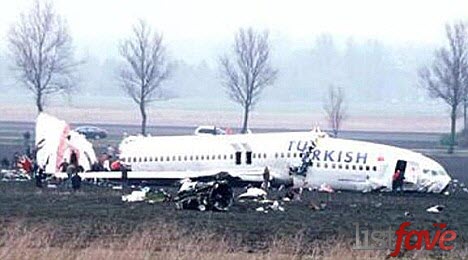 One of the deadliest accidents of a DC-10, the Turkish Airlines flight 981 was flying to London from Paris. The accident had more people than usual. As soon as it took off, the cabin floor above the cargo collapsed blowing off the cargo hatch. The sudden rush of air was uncontrollable and as the pilots tried to control the aircraft, it crashed into a forest. 346 passengers including the crew members were killed in the accident. There were no survivors and initially it was thought that the aircraft had blown because of an onboard bomb.