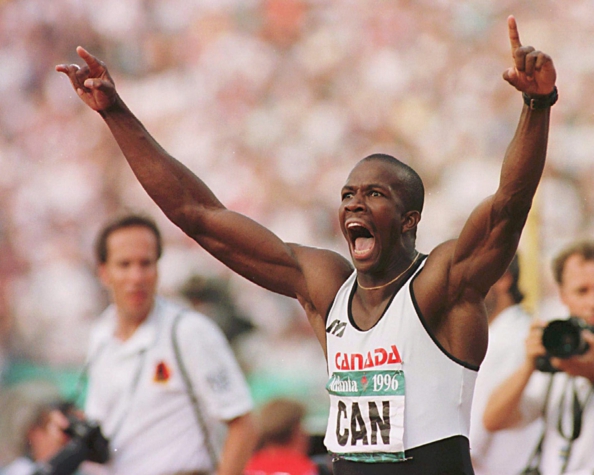 Donovan Bailey is a Canadian athlete who specialized in 100m sprint. At 1996 in Atlanta, he broke world record with 9.84 s, which earned him a gold medal, while the silver medal went to the Nigerian athlete, Frank Fredericks with 9.89 s. Many Canadians saw the achievement redeemed the embarrassment caused by Ben Johnson’s scandal in 1999 at Seoul. Donovan Bailey also joined a 4x100m team that defeated the US team and won a gold medal.