The Harry Potter series has become one of the impressive phenomenons in the movie industry. Not only these movies are filled with interesting visual effects, the storylines also tickled the crowd. Moviegoers were simple excited with these movies and they felt completely overwhelmed. But, why Harry Potter movies are wildly accepted by reviewers and viewers as being impressive? What are the real reasons? 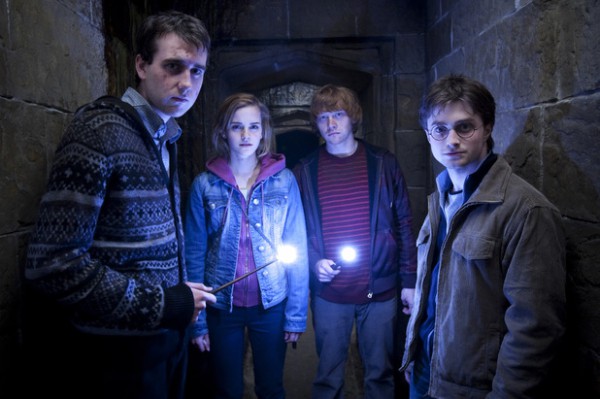 1. In general, the success of Harry Potter series starts from the imaginative storylines developed by writers. These movies have strong descriptive techniques that allow viewers to clearly visualize the situation. The scenes are simply able to stimulate our senses and we feel that we are right there inside the movies themselves.

2. Another important factor of success is the implementation of effective marketing. The Harry Potter series is well-accepted by movie fans because people had been waiting for them for years. The massive advertisement campaigns play an important role for encouraging people to watch the. The audience is also stimulated by multiple preview scenes.

Many famous celebrities were also interviewed to announce to movies fans that the first movie was good. This added intensity and color to the entire series.

3. The Harry Potter universe is known for its strong characters. However, they are played well by very young actors and actresses that started from the bottom. The team was able to choose the right individuals for these movies. The producers don’t look for the best available celebrities in the industry, but they had a very good sense in choosing young talents that match the protagonists and antagonists in the original novel.

For many producers, it is rather challenging to choose players who are able to perform really well.

There are many factors that make movies well accepted in the current movie industry. The official launching event should be timely and match with the overall preferences of the consumers. The Harry Potter series had no real competitors at the time and even it had, the high quality production could still ensure its success. Producers should also consider the wide age bracket offered by the series.

Movie fans from kindergarten children to seniors could enjoy the movies because the series are devoid from disturbing sexual and violent scenes. This had encouraged the entire family to watch the movie because parents felt comfortable that these movies are safe to watch. The series also showed us the famous celebrities were not essential to ensure the success of a movie. The original cast started to become popular only after the original movie was released.

Promotions and advertisements simply played very important factor in making all Harry Potter movies accepted. Obviously, we shouldn’t neglect the appeal offered by the novel series. Without success of the original novel series, the Harry Potter movie series will never be produced in the first place. However, flawless executions are still essential to meet the high expectation among consumers.

Producers are now seeking to make movies based on successful books, because many have said that the industry is running out of good ideas.