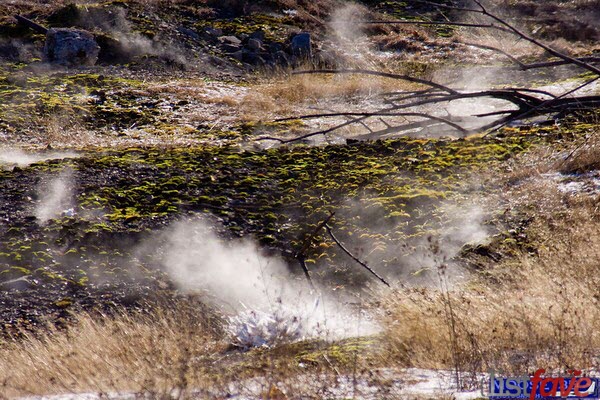 For the next several centuries; the Centralia, Pennsylvania will continue to become a smoldering wasteland. The disaster started in 1962 when a local fire department attempted to clean up a local landfill that sat on top of an old coal mine. It is believed that the fire seeped underground and burnt some coal deposits. The fire burnt throughout the 1960’s and any attempt to extinguish the burning mine were unsuccessful.

The scale of the problem became more intensified in the end of 1970’s, when the tank in the gas station of Centralia reached 172 °F. Statewide attention began after a 12-year boy fell into a hole that opened up suddenly under his feet.

The US Congress allocated more than $40 million for the relocation effort. In 1992, all buildings in Centralia were condemned and the residents were formally evicted. The nearby town of Byrnesville has been cleared also and the fire is expected to continue until the middle of 23rd century.