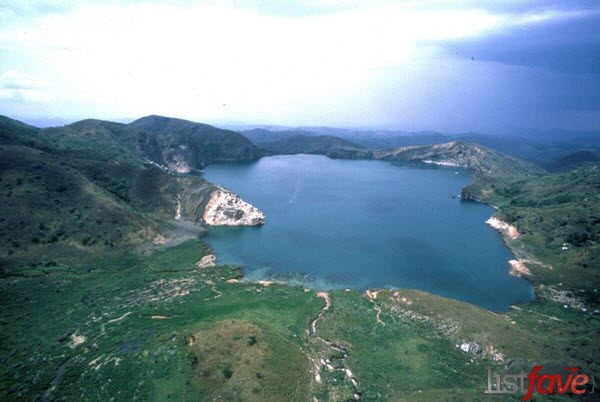 In August 22 1986, 1700 people were found dead around the Lake Nyos, Cameroon with mysterious circumstances. Thousands of wild animals and cattle were also found dead. Their body showed no signs of disease or trauma. Subsequent investigations found that a limnic eruption had occurred the day before. A cloud of 1.5 million tons of CO2 rose from the bottom of the lake and traveled at about 100 km/h; displacing normal air and suffocating those up to 25 km from the lake. The villages of Subum, Nyos and Cha were the worst affected. The eruption could be caused by a landslide, small volcanic eruption or fresh rainwater falling only on one side of the lake, overturning the large CO2 deposit stored under the lake.

Sometime in the future, a potentially more catastrophic limnic eruption may happen at Lake Kivu in Congo, which is 2000 larger than the lake Nyos and found to be already highly saturated with CO2 deposit.