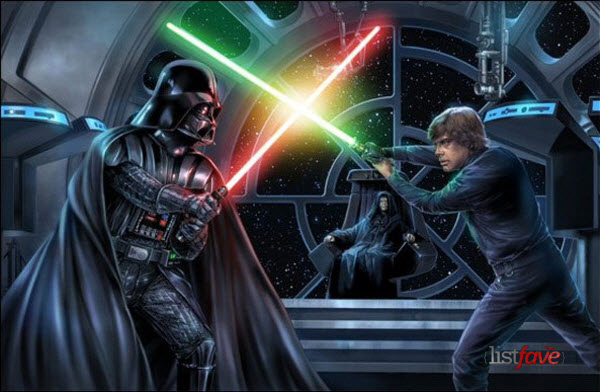 Their conflict is often considered as an all time classic. The father-and-son struggle has inspired many sci-fi fans and it is commonly cited by many film observers, as one of the greatest twists. The popular gaming website, IGN named the fight between Luke and Vader as one of the best “boss battles” in movie.