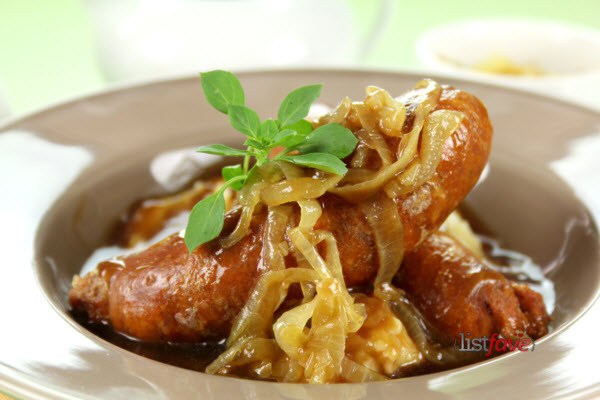 This is a traditional dish of sausages and mashed potato. The sausages have been called bangers since World War II when rationing was in force, the sausages were made with water and were likely to explode if they weren’t cooked carefully. This trait earned them the name bangers and although modern sausages don’t explode, the name has stuck.