Most Iconic Muscle Cars in Movies

Various muscle cars have appeared on screens and some of them are quite popular compared to others. The 1959 Cadillac Ambulance used in Ghostbusters and 1981 DeLorean DMC-12 in Back to the Future are certainly unforgettable, however here are some of the fastest and meanest.

The 1968 Ford Mustang GT 390 appeared in Bullitt (1968) and it is a popular film starred by Steve McQueen. It is essentially an unmodified Mustang with a powerful engine of its time at 325hp. It’s certainly a true American muscle car with 4-speed manual transmission and 6.4l V8 engine. Its sporty real wheel drive looks smooth when used for cornering in the film during chases.

The 1970 Dodge Challenger R/T 440 is used in Vanishing Point (1971) and it’s one of the hottest models in the film industry with an outrageous 7.2l V8 engine at 375Hp. The movie is known for its great automotive-related soundtrack. With Kowalski on the wheel, the car could reach San Francisco in 15 hours from Denver. 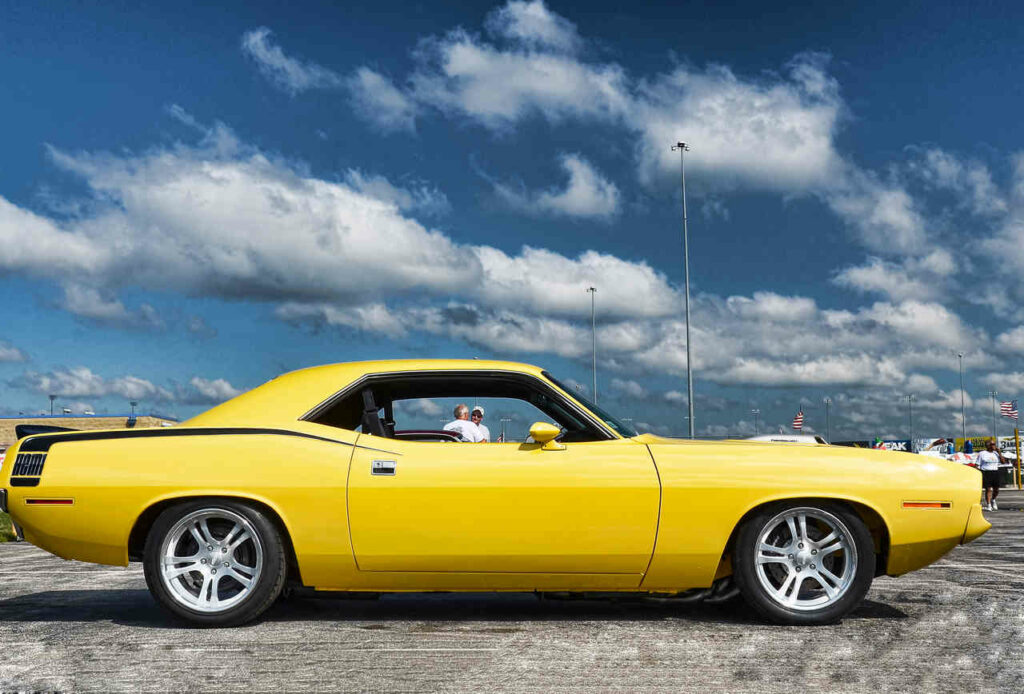 The 1967 Ford Mustang Shelby GT500 in Gone in 60 seconds (2000) is nicknamed Eleanor and probably one of the most copied muscle cars in the movie industry. The filmmaker actually use 11 copies of Eleanor for the movie, with 3 of them are running models. The car is depicted as a 4-speed model in the movie, but for easier acts, the stunt cars are automatic.

The 1973 Ford Falcon XB GT Coupe in Mad Max (1979) is one of the most modified muscle cars in the film history. The XB GT Falcon is a relatively rare model with less than 1000 units built. It is powered with a 315Hp Cleveland engine with 4-speed manual transmissions. Although the interior is largely kept intact, it has serious changes externally with new rear spoiled and nose design. There are Zoomies side pipes and the engine is boosted with Weiand 6-71 supercharger, 4-barrel carburettor and Scott injector. The Mad Max was filmed in Australia and Australians were big fans of the car, with multiple replicas made for various purposes.

The yellow Chevrolet Camaro “Bumblebee” is the most identifiable muscle car in Transformers (2007) and it looks quite good. With its 426Hp 6.2l V8 engine, the actual car can go from 0 to 60mph in just 4.8 seconds.

The 1968 Dodge Charger R/T 440 Magnum is another muscle car shown in Bullitt (1968) and it is involved one of the best car chases ever filmed. The Magnum’s suspension never fails despite repeated jumping acts in San Francisco hilly roads.

The 1966 Shelby 427 Cobra in The Gumball Rally (1976) is driven across the country in just 54 hours from coast to coast. It is a comedy film with other interesting cars like Mercedes Roadster, Convertible Corvette, Jaguar E-type, 600Hp Chevy Camaro, Porsche 911 and Ferrari Daytona.

Last but not the least is Bond’s 1964 Aston Martin DB5 shown in Goldfinger (1964). The DB5 was Aston’s newest muscle car when the movie was made and Ian Fleming used the earlier DB Mark III in his novel.