Everything You Wanted To Know About A 40CC Pocket Bike

With the ever increasing population, traffic too is increasing at the same pace. You can not reach your destination without getting stuck in traffic at least once or twice. The reason for the same is the growing materialistic needs of the man. We use a car for travelling to even a one or two kilometres away from our house. The need of the hour is to replace the use of automobiles with a less traffic and pollution causing vehicle. Bikes on the contrary are compact in size and do not cause much of traffic and due to comparatively simpler engine do not emit much of pollution too. A new punch to the regular bikes are the pocket bikes these days. There are multiple reasons why you should choose a pocket bike instead of your car while travelling for shorter distances. There is more about the 40cc pocket bike in the section that follows. 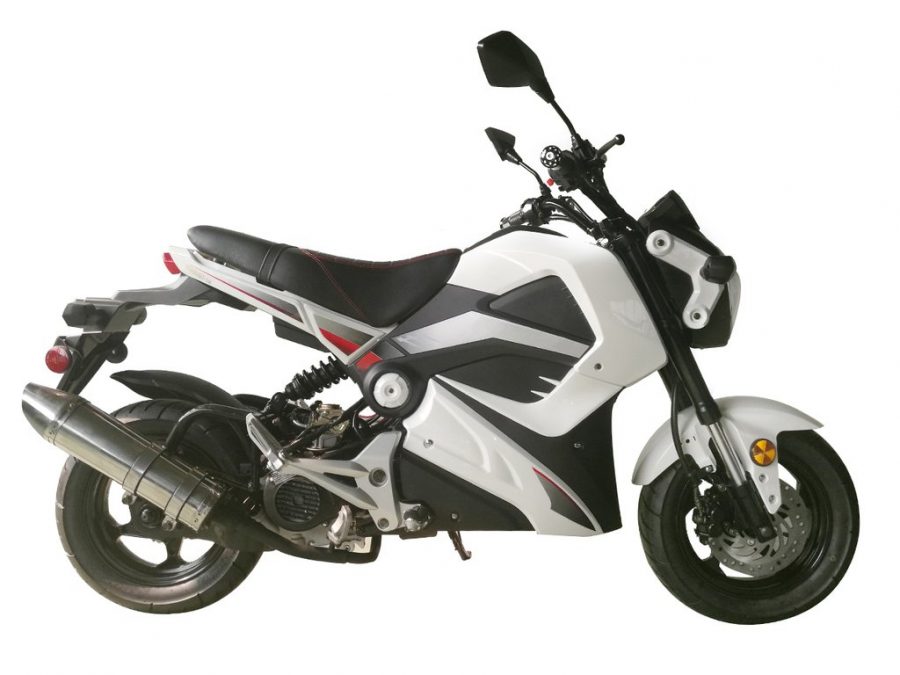 What is a 40cc Pocket Bike?

Pocket bikes are the small sized bikes that look like miniature replicas of the actual bikes. They are often called as mini-motorcycles and pocket rockets. They run on gas and are equipped with an engine of around 40cc. An average pocket bike can reach around 40-50 miles in the duration of an hour. A regular 40cc pocket bike would be around two feet in height and would weigh somewhere around 40 pounds.

Although, these miniature bikes are absolutely legal on private as well as public roads in most of the countries but there are still a few of the countries that have put up a strict ban on them. The basic reason behind the same is that these bikes do not generally come equipped with much of the safety equipments like horns, turn signals etc. This is the major factor leads to the inhibition of these bikes in a number of areas. But, the same can be customized to achieve a bike that has all these facilities.

Apart from that most of the states and countries that have legalized the use and operation of these bikes have put a strict age bar at the same. In most of the places, you must be at least 12 years of age in order to be able to drive these miniature bikes. But, overall the fact that these bikes are allowed to be ridden by children as young as 12 years of age, it makes it obvious that these bikes are safe. This is the reason why most people usually operate pocket bikes even on the public roads.

Although, there are certain specializations, but most of the 40cc pocket bikes come with the following features:
–
Most of them are safe as they come with a maximum speed limit of 30mph, so you can’t fasten the speed much.

The capacity of the gas tank is 1.25 litres.

It is equipped with a 40CC engine which generally is air cooled and is 2 stroke in its potential.

It runs on unleaded premium gas which does not require any kind of mixing.

In order to ensure a better safety, these bikes come equipped with additional tools and features like extra large brakes and kill switch.

The brakes come equipped with slotted discs and have cross drilling on the rear as well as front section.

It has a feature of easy start which requires just a pull starter.

Dangers of Riding a Pocket Bike

As mentioned in the above section, a lot of states and countries have actually banned the operation of the 40cc pocket bikes. A major issue with most of the pocket bikes is that it causes visibility issue for other bikers and even the car drivers. Due to the difference in the size of the vehicles, it gets a bit difficult for other people on the road to actually realise the presence of these pocket bikes. Also, there is a huge difference between the speed limits allotted to these pocket bikes and other regular vehicles and this is the reason why it sometimes is not able to compete with other bikes and vehicles on the road.

Despite the size and the dangers of riding a pocket bikes, it can be used to travel to the nearby places and sometimes to a little bit longer distances as well. Above section has all the essential information that you must know before actually buying one 40cc pocket bike. Give it a read and you are absolutely good to go.