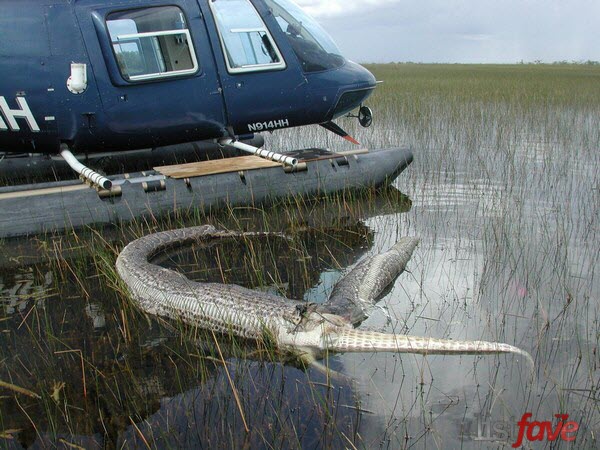 Although smaller than green anaconda, Burmese python is sometimes considered to be more dangerous. A 5-meter long Burmese python can easily overpower an average-sized human and this species is especially dangerous to small children. It is now considered as a serious invasive species in the Florida Everglades, with a population of up to 180,000.
In October 2005, remain of a 1.8 meter alligator was found inside a carcass of Burmese python. It was believed that the alligator tried to find its way out by decapitating the snake from inside.

3 Mins read
2. Axolotl This little Mexican salamander is closely related to the tiger salamander. However, the young of this species don’t undergo metamorphosis…
Bizarre

4 Mins read
2. Uncommon Common Sense This was a bizarre lawsuit against McDonald’s where the plaintiff, a 79 year old lady filed a complaint…