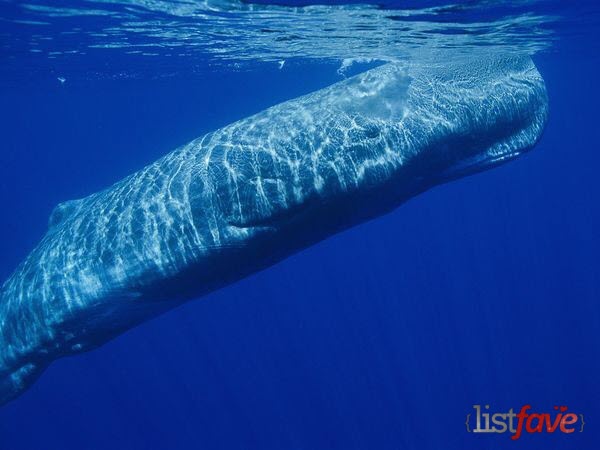 Sperm whale is the largest toothed animal and it also has the largest brain. Some scientists were impressed by their intelligence that at 2012, a support was reiterated in the world’s biggest science conference (American Association for the Advancement of Science) to list some cetaceans, especially sperm whales, as sentient beings. Deadly in self-defense, a 238-ton whaler, the Essex was crushed like an eggshell by a sperm whale in 1821 and the incident became an inspiration for the famous novel, Moby Dick (1851).