Why Have Quadcopters Become So Popular?

2015 has truly been the year of the quadcopter. These nifty flying gadgets have never before been available in so many models and configurations of equipment, from budget ones for beginners to high-end ones aimed at professional and corporate use. But just why are quadcopters experiencing such a surge in popularity right now?

Believe it or not, designs for manned quadcopters date back to the 1920s. These early attempts at creating a four-rotor flying machine suffered from poor stability and dodgy controls; nevertheless, they represented one of the earliest examples of vehicles capable of vertical take-off and landing (or VTOL for short). We could say that the quadcopter was, in many ways, a machine ahead of its time. It took some ninety years before the fields of mechanics, electronics, and manufacturing caught up, and the quadcopterdream could finally become a reality, albeit in the form of unmanned aerial vehicles (UAVs). 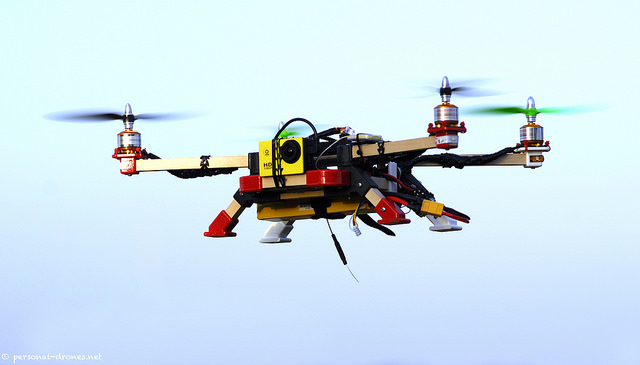 Ironically, the very downsides of manned quadcopter prototypes all those years ago would eventually prove to be their most sought-after features, and an important factor in their rise to fame. Unlike their single-rotor helicopter brethren, modern-day unmanned quadcopters are characterized by a high degree of stability and maneuverability, features which make them ideal for sensitive tasks and situations where precision is key. This boost in balance comes not only from the increased number of rotors, but also from sophisticated electronics packed into controllers and onboard computers that ensure that every flight is a delight, whether the person flying is a rookie pilot or a full-fledged expert.

It is thanks to its stability that the quadcopter has become the UAV of choice for everyone from aerial photography enthusiasts to land surveyors and property inspectors. Attaching a camera to a quadcopter has proven to be a versatile, lucrative combination. Nowadays, you can use various quadcopters to capture fantastic stills and clips of your big events, locate a structural problem on your house or building, or justexplore your own neck of the woods. The possibilities are practically limitless, ranging from creative tomoney-making. Unfortunately, if you live in the US, the latter are currentlyon hold; the recent FAA regulation has forbidden the use of quadcopters and similar UAVs for commercial purposes, at least until the agency finalizes its official policy on drones.

Still, ideas and suggestions for putting quadcopters to commercial use are only increasing, with many hoping that they will soon come to fruition.Such efforts are surely spurred on by big companies such as Amazon, who has just recently conducted tests on their latest and bestquadcopter models used for delivering small parcels as part of their proposed Prime Air delivery service.Boasting an impressive 15-mile flight range and the ability to automatically spot obstacles in the air and on the ground, Amazon’s quadcopters are poised to revolutionize the field of delivery.Other companies such as easy Jet have begun to rely on quadcopters for inspection and other non-commercial uses, and this increasing corporate presence and support seems to indicate that the future is indeed very bright for these flying machines.

The increasing popularity of quadcopters is, therefore, the result of their wide applicability in many different segments of everyday life. If you want to buy a quadcopter, now is definitely the time – we suggest you start by taking a look at a top 10 list of quadcopters currently on the market.Who knows, maybe these fantastic gadgets will change your life and hobby for the better, too.