The creativity of the human mind is visible in the several innovations that have been created till date. Creative writers have given us one of the most enjoyable of the pastimes-that of reading by way of novels, short stories and poetries. However, creativity is virtue that has its own price and sometimes the price is the life of author. Mood swings amongst the creative minds is not rare as there are several writers and other celebrities that have had their share of depression and stress. This has led to suicidal attempts and even suicides by these famous personalities. Here is a list of the top ten writers who committed suicide for reasons best known to them; 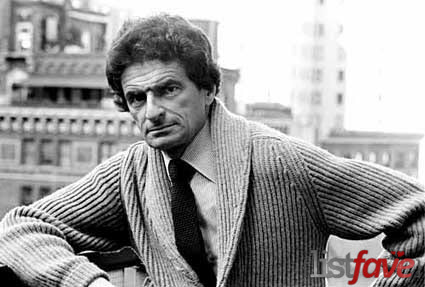 Born a Jew, Jerzy Kosinski got his name to avoid capture by the German forces during the Second World War. Keeping the name as an alias, Jerzy started writing and publishing his work. He was known mainly known for his rather controversial novel, The Painted Bird, which highlighted the plight of a young boy during the World War II in Europe. His other controversial but famous novels include Steps and Being There. His writings were criticized as being gruesome, violent and sadistic. Unable to deal with the accusations of his work being plagiarized and the suffering from the physical illness, Jerzy committed suicide.