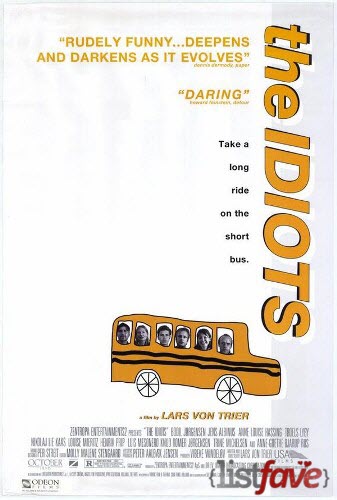 A group of mentally healthy and intelligent young people choose to react to the society in a bizarre way. They regularly go out into a world of “normals” by pretending like retarded individuals. They try by every mean possible to make people shocked, angered, miserable, annoyed and disturbed; while creating anarchy wherever they go. The film was so controversial, that during the official screening at Cannes, it provoked a French film critic to shout “It is shit!”; for which he was escorted out from the venue. The Idiots was also considered as unusually explicit for a commercial film, causing a number of countries to classify it as an adult-only move.