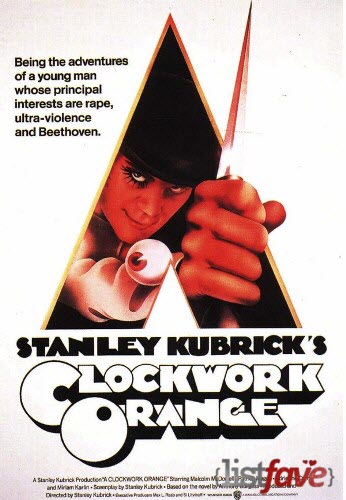 Alex definitely has a unique way of having fun. He violates, tap-dances, sings, steals and stomps at the tragic expense of others. Stanley Kubrick shaped his characters into a shattering whole with fascinating languages, startling musical counterpoints and unforgettable images. On a conservative budget of a little more than $2 million, A Clockwork Orange was a hit in the United States, grossing more than $26 million. Critically acclaimed, it also received an Academy Award nomination for Best Picture.