Movies are a great pastime and everybody loves to have a great time enjoying a movie of their choice. There have been thousands of movies produced during the last century but there are only selected movies that remain etched in the minds of the movie goers. Here is the list of the top ten most watched movies. While this is a list created on no particular records, there could be several other movies that might have been watched over and over again. 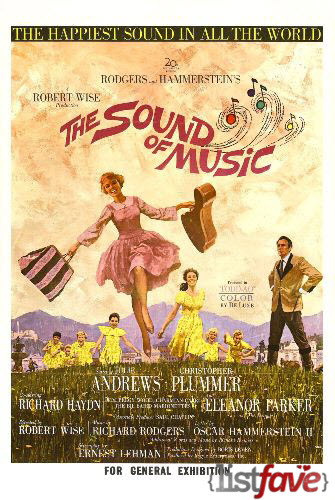 A musical movie, The Sound of Music has been an all time favorite movie of the cinema goers. While the initial popularity of the movie was attributed to its release after the Vietnam War, which seemed to have no end, the successive popularity of the movie was because of the beautiful soundtrack of the movie. The Sound of Music was a movie of peace and hope and this is what the people liked about the movie as they had been plagued by continuous war raging at the time.