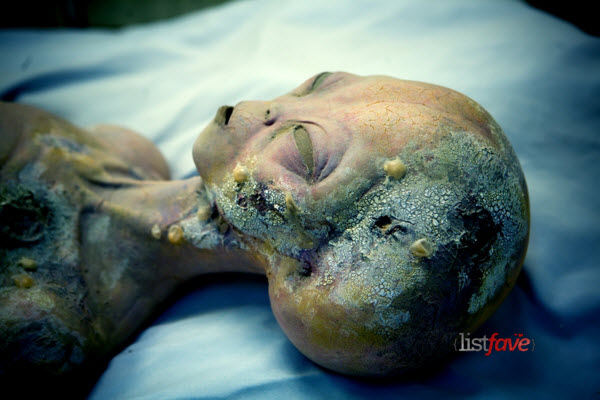 The incident was reported in April, 2011 when there were reports that a dead alien had been found in the Irkutsk region of Siberia. The body of the alien was found partially buried in the snow. There were also reports that a UFO had crashed at the same site a month prior to the sighting of the dead body of the alien. Whether the incident is real or is just a hoax is yet to be seen as no other information about the creature has been given.