There are several volcanoes all over the world some of which have gone extinct while some have remained dormant for years. However, there is a third category and that is of the active volcanoes. The active volcanoes can be described as volcanoes that have erupted at least once in 10,000 years. As per an estimate, there are more than 1,500 active volcanoes around the world. Here is a list of the top ten of these: 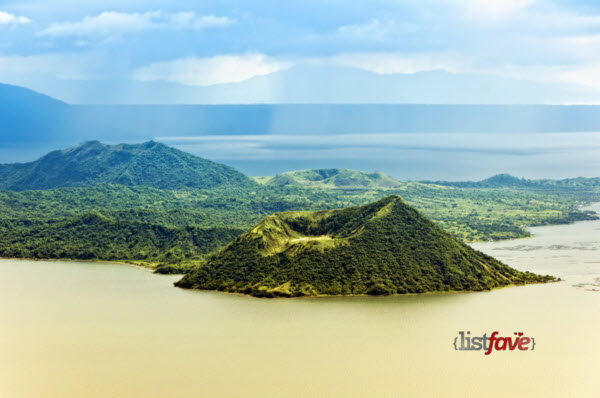 Situated in the Luzon island of Philippines, the Taal volcano is often referred to as a volcano within a volcano because the lake in which the volcano stands is thought to be the mouth or crater of a volcano. The Taal volcano last erupted in 1977 causing much destruction. The volcano has shown much activity since 1991 and the alert of magmatic intrusion has increased since 2010 causing fears of an eruption.