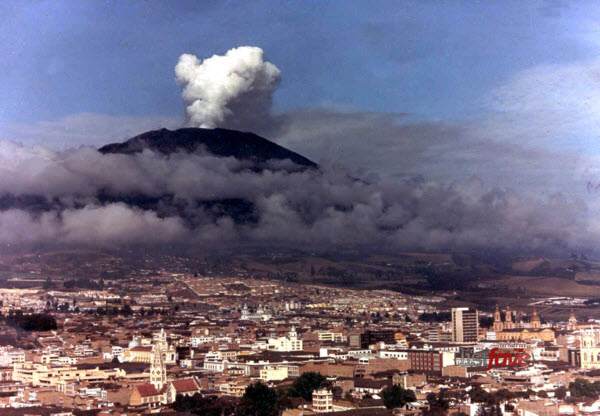 Located close to the border of Ecuador in southern Colombia, the Galeras has been an active volcano for the past million years. Rising 4,276 m above the sea level, the volcano has erupted several times in the past. After remaining dormant for a decade, the volcano again became active in 1988 erupting once in 1993 claiming the lives of 9 people. Since 2000, the volcano has been erupting regularly, the last one being in 2010 forcing the people to evacuate the surrounding areas.