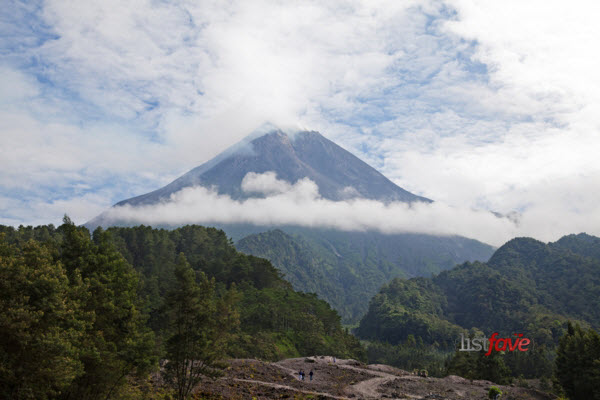 Located in Indonesia, the Mount Merapi has been the most active volcano of Indonesia erupting regularly since 1548. Conforming to its name which means mountain of fire, the volcano continuously billows smoke round the year. Eruptions in 1994 and 2006 killed several people. More recently in the year 2010, the mountain showed signs of heightened seismic activity, causing the government to issue an evacuation warning. Finally it spewed lava on October 25, 2010 but the casualties were reduced due to the evacuation.