Tiger Woods Talks About Charity Tournament and Gaining Strength Back

Tiger woods talking about his health and future, this Monday Tiger Woods was speaking on behalf of the Heroic World Challenge, which brings 18 of the world’s best golfers across the world and benefits the Tiger Woods Foundation.

And this tournament will be played this December 2014 from 4-7 at IsleworthGolf and Country Club in Orlando.

This game is co-Sponsored by PGA tour and it will have 72 hole stroke play, Isleworth Golf & Country Club in Orlando both of them will be beneficiary with those proceeds.

And Tiger Woods will play most of his actual golf under the belt, and he never swung a golf club yet. Tiger woods were asked about his preparation! He said that he is just being a shadow swinging without a club, but he has been busting his butt in the gym pretty hard. Woods said that he gained his strength back again, and his next goal is to get explosiveness and quick twitch going, and it is his next phase of training.

It’s all dependent on how woods feel and how he is playing in the Hero World Challenge here. And tiger woods are really curious about the media guys are here, and he doesn’t have any setbacks or any pain, then he foresees a very full schedule next year. 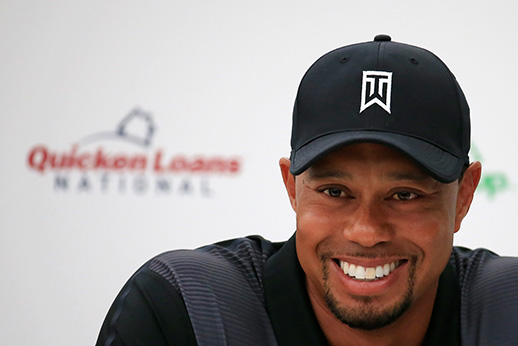 And here woods, mostly appeared loose and happy to his way back to the game he dominated for so many years as we know. He is a 14 times major winner and getting age 39 by this December 2014, and Woods says that Phil Mickelson and himself are getting back after nine years of their careers.

Woods said that he is going to miss the rider cup team; he was part of that team for so many years, what kind of bond guys develops because of one week. You have bonded just because of the one week that you’re bonded for life, and really, it’s just amazing things happens during that one week.

Woods said that we will beat each other brains in 51 weeks if the whole year and all of us come together and make friendship forever, it is pretty cool.

Woods said that he will play little better than he has in an injury-plagued year. Woods has played professionally without a coach of his career, and he will fly solo for the future, and recently he split with Sean Foley last month.

Totally woods play only 8 tournaments this whole season, 7 of them were on PGA tour, and his best of them is World Golf Championships-Cadillac Championship. Woods withdrew from 2 tournaments.