Motorola X Play and Z Play are both good phones to own, and the two phones are revered for having professional designs. The difficult decision lies in which one to pick, let us go over an in-depth analysis of the features of Motorola X play and Z Play and come to a conclusion on which phone to buy.

Moto X Play looks amazing and it has a professional design, and yet there is nothing totally exclusive about the design. View the top edge of the phone and you will notice microSD tray and here there are two Nano SIM compartments. The main concern here is every time you want to remove a SIM you will have to open the two trays. The other issue is the phone is not engineered to offer water resistance and it does not have water-repellent coating. 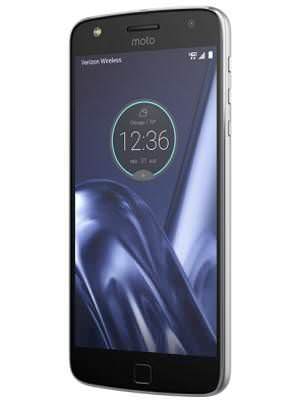 Moto Z Play has an aesthetic design and a thick dimension and it weighs 165g and it has a good display with a screen dimension of 5.5-inches with AMOLED display and a resolution power of 1080p. The phone has a fingerprint sensor, and there is a lock and unlock button and this is a convenient feature where the user will not have to search for the wake or sleep button. The phone is sold in two amazing colors white and black, the white phone has a gold frame and the black phone has a silver frame.

Moto X Play is powered by an efficient Qualcomm Snapdragon 615 SoC with 2GB RAM, and according to reports this is a good phone for people who enjoy gaming with no lags at all. The phone is backed up with good 16GB storage that can extend to 128GB with the aid of micro SD card. Users with first-hand experience with Moto X Play say, using this phone was extremely convenient, and there was no issue of the devise heating up even after it was used for twenty minutes.

For people who enjoy gaming, listening to music and watching videos, then X Play is a good phone to own. It functions on a super powerful 3630mAh battery.

Moto Z Play is powered with an innovative Qualcomm Snapdragon 625 processor supported by 3GB RAM Adreno 506 GPU and 2GHz octa-core CPU. Users with first-hand experience with Z Play experienced slight amount of lag while downloading GPS and apps and also while navigating menus. The phone is powered by an effective processor, but it is not a good phone for multitasking.

Moto Z Play functions on an incredible 3510mAh battery and it can last for a whole day even with extended usage.

Moto X Play is engineered with a 21MP rear camera that has autofocus and f/2.0 aperture, and the quality of image after capturing is incredible, contributed by the insertion of powerful 4x digital zoom, dual LED flash and (CCT) color correlated temperature technology. All these features enable crisp image quality when images are shot in low light scenarios. The camera features present on the phone is Drag to focus and exposure, Range mode, Auto High Dynamic, burst mode, slow motion video and tap anywhere to capture. The 5MP front camera is amazing to capture selfies with an enthusiastic group of family and friends. The phone is engineered with a powerful and advanced Android v5.1.1 Lollipop operating system.

Moto Z Play is engineered with an admirable 16MP camera, the noteworthy camera features present are phase detection autofocus and laser autofocus and this results in zero shutter lag. The main concern with the camera is the quality of image is not very impressive in low light condition and the phone does not have optical image stabilization. The phone has an innovative color balancing dual LED flash. The front 5MP camera has a wide 85-degree lens, and it is just amazing to capture endless selfies. The video capturing resolution capacity extends to 4k and the slow motion videos have an 120fps aperture and the shooting capacity is 720p. Moto Z Play is engineered with a powerful Android 6.0.1 operating system

Moto X Play has good amount of connectivity options, it has Glonass and micro USB connectivity, GPS, Bluetooth, EDGE, GPRS, NFC, 3G, and Wi-Fi. The phone is sold at a price of Rs 15666. Moto Z Play is supported by Bluetooth, GPS, Wi-Fi and USB and it is sold for an expected price of Rs 33,000.

It is difficult to decide which is a better phone to buy, the Moto X Play or Z Play, because both these phones have highly efficient features. For people who are keen on buying phones with excellent batteries then the X Play and Z Play are both equally spectacular. The two phones have powerful processors and are good for multi-tasking.

Motorola has transformed smartphone technology to a whole new level with the X Play and Z Play, mainly because both these phones have incredibly efficient batteries. The camera technologies on both phones are advanced as well, particularly with respect to color correlated temperature technology on Moto X Play and color balancing dual LED flash on Z Play. It is hard to pick the better phone out of the two, and X Play and Z Play are packed with features and technology for the price it is offered at.