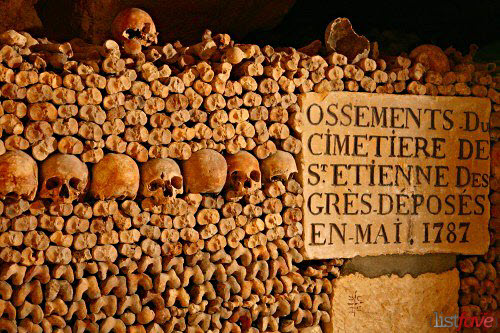 For 30 years the residents of Paris placed their dead in this maze of tunnels and crypts. The catacombs were created in the mid-1700s when the city ran out of space in its graveyards for new bodies. The bodies of already-dead Parisians were moved to the catacombs with as much dignity as possible. They were always accompanied by priests as they travelled and it was only at night that they did so. Even so, disturbing the dead in anyway is bound to trigger the presence of some restless spirits.

4 Mins read
3. False Advertising The producers of Budweiser, Anheuser-Busch didn’t know that the ads they were featuring for their beer could them in…
Bizarre

4 Mins read
Battle Magnet Wilmer Mclean was a grocer from Virginia who had bizarre role in United States’ bloodiest conflict, the Civil War. The…