Logitech again struck, This time with a mouse positioned on the high end design. Master MX is its name, The wireless mouse comes with Bluetooth, Offers a battery life of approximately 40 days and two mouse wheels and works thanks to Logitech Darkfield technology on a glass table. This is going to replace the Performance Mouse MX to the catalog of the manufacturer and it is even possible that it will eventually find the path that separates it from your mailbox.

Thought is the MX Master especially for users who work on the computer. The first impression of the mouse is also really good. The design is responsive, accurate and also is due to the typical ergonomic Logitech designs back comfortably in the hand. They may not be quite as accurate as the high-end gaming mouse, Is in terms of precision but close to them. We find no less than two wheels. The first is located between the two main buttons and scroll speed will adjust to the speed of our fingers. It will therefore be more accurate. 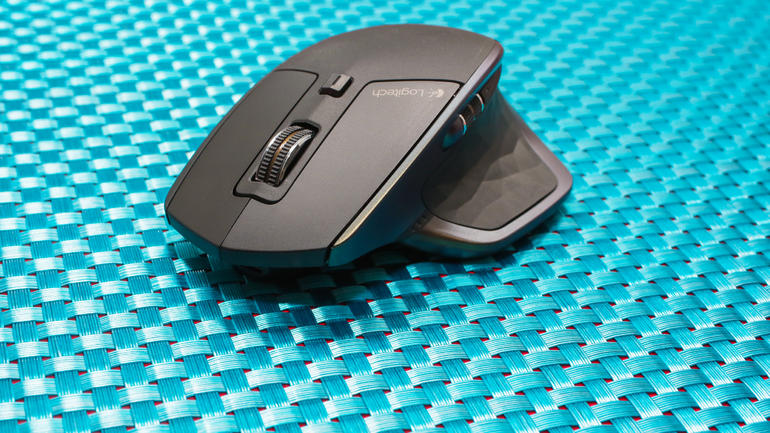 The second, meanwhile, we will fall directly under the thumb and will be mainly used for horizontal scrolling. It will also rely on the buttons on the side and on the top cover of the machine. The mouse works on virtually any surface – even on a glass table.

As you would expect from such an expensive mouse, It brings with numerous extras. The Logitech MX Master comes with a removable battery that should provide a battery life of up to 40 days per full charge. A small LED on the side of the mouse as usual informed about the charging status. It is loaded as the performance predecessor with micro-USB connector. With four minutes of charging, It is back for at least one day use, The USB port allows but also that the mouse can be used even while charging more. You no longer need as previous models are put in a loading dock in order to fuel with electricity.

The MX master is reconnected to the Logitech Unifying receiver or by means of Bluetooth Smart Ready technology with a Windows PC or a Mac. Up to three devices can be connected simultaneously, so you can quickly switch between two computers or tablet with the Easy Switch Button. With the scroll wheel, the MX Master user can scroll in increments as needed. During the slow scrolling, a clear resistance is noticeable, so you can scroll further click by click. If you turn quickly to the wheel, for example, to go to the end of a long document.

In addition, Logitech has a second scroll wheel installed as with predecessors on the side. It is operated by the thumb and is used for horizontal scrolling on web pages, e-mails & Co. In addition, it can also be used for changing pages or more connected screens. Located on the side again two buttons that can be used “Next” and “Previous” in the browser for example. Mac Users can also perform most of the Mac trackpad gestures with the mouse by holding a special key. About the Logitech software allows the Keys of the MX adjust master, as usual, again according to their own needs.

Whether the Logitech MX Master so that is the best mouse ever, which is doubtful? For left-handers, it is not there anyway. Because the model is designed for right-handers. The Logitech MX Master is available now and is compatible with Windows and OS X. But who counts himself among this group and is looking for a mouse with many functions that should definitely write the new MX Master of Logitech on the list.