Bangalore – The City Of Gardens, IT Parks, Palaces, Temples, and Mosques

Bangalore is a highly modernized city in deep south of Indian mainland. It is the capital of Karnataka state and the leading Information Technology hub in India. It is also India’s third most populated city and one of the top commerce cities. Blessed with a charming climate that remains here year-long, the city is home to some of the most beautiful parks, significant Victorian architectures, medieval fort, palace, and temples. The city is also a leading centre of education and has a large young population primarily consisting of students and young professionals. One of the many epithets of the city is the epithet “Silicon Valley of India”. Bangalore is the centre of IT in India and probably has the highest concentration of IT companies. It is home to a huge number of fortune companies, has multiple IT parks, and home to headquarters of some of the most significant commercial and non-commercial entities like ISRO, Wipro, Infosys, NIFT, Bharat Electronics, and Kannada Film Industry.

Bangalore is very well-connected to rest of India and major destinations across the globe. The Kempegowda International Airport  is located about 40 k.m. from the city centre. It is a large, modern airport, and after Mumbai and Delhi airports is the busiest airport in the country with multiple flights serving it in every hour. The Bangalore City Junction is a large railway station and a major stoppage in south India railway network. A large bus stop called Kempegowda Bus Station also serves the railway station as it is located just a few minutes away. For a cheaper and convenient mode to access the city, both make ideal options to pick. There is a large fleet of trains and buses serving the respective. The good thing is that there exist multiple hotels in Bangalore in the vicinity to the railway station, which are amongst the popular picks amongst the tourists. 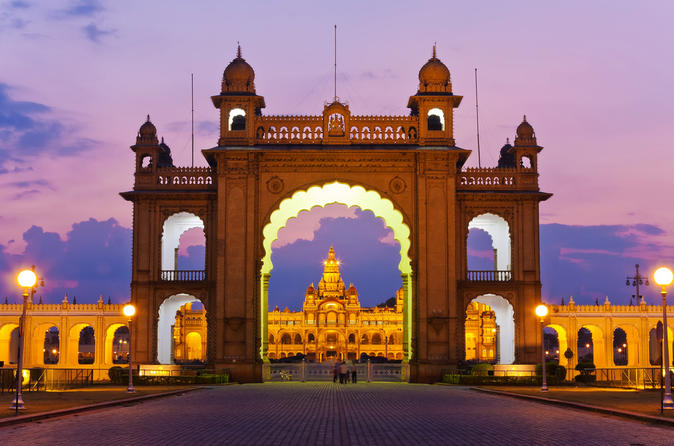 Bangalore is a fast developing city. The surroundings are quickly getting modernized as the areas are getting filled by concrete buildings, shopping malls, commerce centres, and plush residencies. The influence of modernization is easily visible in the culture. One will often find people talking in English and wearing t-shirts that have the ’80s metal bands design on them. Pubs and bars are major parts of modern Bangalore. There is probably the highest concentration of pubs and bars in Bangalore in all over India.

However, it is interesting to note that Bangalore is one of the oldest cities in India. It was the former capital of Princely state of Mysore, ruled by the Maharaja of Mysore. The place was once filled with numerous gardens, temples, a fort, and some palaces. It is for this fact that the place was also called the Garden city of India. The good thing is that the city still preserves its significant historic structures and gardens. While the outer regions are highly modernized the central regions are more or less unchanged.

Most of the significant tourist spots have hotels in their vicinity. There is a large number of hotels in the city belonging to different budget and star category. The 4 star hotels in Bangalore are quite popular amongst the tourists as they offer a luxury replete stay along with additional amenities like restaurant, airport pick and drop, and several other recreational services.

Dimpy Roy is a travel writer working with an Online Travel Guide. She guides travelers to various resources where they can find best hotels in Bangalore and choose the best one.