Salesforce Acquisition by Google – More Than Just A Buzz?

Marketers have often been perplexed by how the customer data being accumulated by them could be used in budget allocation by brands across media opportunities. The question became all the more troubling because this seemed to be a fairly well-established practice in the new generation companies involved in e-commerce but was conspicuously absent  in large businesses that were heavily brand-centric.

It is this need to tie together all the data streams that a business receives from its customers in multiple ways consequent to the marketing expenditure of billions of dollars annually that gave birth to customer relationship management packages. The process was assisted by the number crunching and information processing capabilities of rapidly improving technology. Salesforce is a market leader in workflow automation relating to CRM that has virtually single-handedly changed the way how businesses large or small now manage customer data. 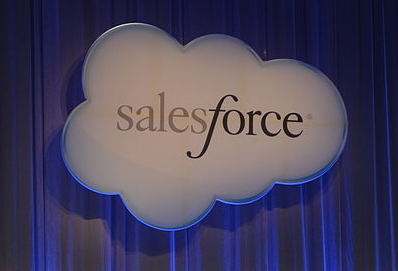 Salesforce has managed to check a large number of boxes for many businesses that have lauded the various features of its package for their ease of use and advanced functionalities. Small wonder that today it is by far the market leader in CRM with revenues of $5.37 billion in the last fiscal and projections for the next at $6.5 billion. Its blazing performance has also made it a very attractive takeover target with Bloomberg reporting that the company had even commenced working with advisors in response approaches for acquisition.

While speculation has run wild regarding the identity of the acquirer, it is commonly believed that the potential suitor was nobody less than Google. Lending credence to the theory is Google’s strategic moves such as a DMP creation and an advertising product that targets custom audiences that take it headlong into the realm of marketing technology from its previous position of advertising technology.

What makes the argument more plausible is that both the initiatives use primary customer data that are normally not shared with advertising media. The latest move by Google is seen as an attempt by the company to further expand its involvement with customers from the earlier advertisers only.

One of the many reasons for Google’s apparent interest in enhancing its competencies to salesforce automation, email marketing, service automation, and campaign management is perhaps due to the success that Facebook has achieved with the mid-size and small business segment that accounts for a large chunk of Google’s revenue from paid searches and profits.

The dominance that Salesforce service offerings have in this segment is a huge incentive for Google to consider an acquisition. Salesforce’s Marketing Cloud suite could be an added bonus as it has already achieved a strong market position in the segment’s upper end. The proven success of Salesforce data migrator that takes care of the legacy data with relative ease has also increasingly made it popular with the large marketing companies too. Since currently Google lacks these tools, the Salesforce acquisition could be extremely synergistic and help it in developing a potential category-beater.

What’s The Likelihood of the Transaction?

All of these remain extremely complicated variables and are very difficult to provide an opinion on with the information available at the moment. Besides Google, Salesforce may also be pursued by large companies such as Oracle or Microsoft, who may have a different value attached to the company. Irrespective of whether Salesforce is acquired or not, the intersection of advertising, advertising technology, and marketing technology will represent a very attractive opportunity for companies like Google.