Although we may have played soccer for many years, we could wonder why those younger players on TV have much better skill. Upon closer inspection, we could see a number of things professional players have that we lack. It is generally important for us to develop specific skill sets:

If we observe professional soccer players, we could see that they are playing as if the ball is always glued to their feet. Where the ball goes, these players go to. They have an excellent ball handling skill that it is generally comfortable for them to have balls consistently at their feet. In order to achieve this, players need to have as many as practice and professionals are expected to get more than one thousand ball touches even before the training session begins. Juggling is a common ball handling exercise and we do it by keeping the ball in the air. In general, we shouldn’t let the ball touch the ground and it is better to juggle while moving. We could specify a juggling area and try to juggle the ball from one end to another. 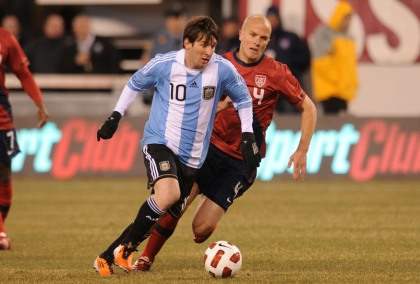 Also, we should prioritize on using our weaker foot, because people tend to prefer one foot for ball handling to the other. After we are proficient at keeping the ball juggled with our weaker foot, ball handling will be much easier. Roll overs is another method that can help us control the ball whether we are going forwards, backwards or side to side. Again, we could specify a training are and practice rolling the ball with both feet. Instead of just rolling the ball, we should roll the ball with each of our step.

Professionals are typically good at ball passing and there are training methods we could do to increase the accuracy of our passes. Before training with other players, we could train passing individually by setting a small goal that’s only about 2 feet wide at varying distance. We could try to pass from different distances while standing still and if we have achieved reasonable accuracy, it is possible to try to pass while we are running. It should be noted that other players are typically running during the actual matches, so we should pass the ball slightly in front of the player to compensate.

Professional players know most if not all of their teammates are in the field. Many times, when players are blocked by multiple opponents, they need to pass the ball quickly and there’s no time to check where their teammates are. Ball possession should be able to be maintained more often if players are aware where their teammates are. This could be achieved by maintaining specific formation during the game, so players have a kind of agreement on where they should be in specific times. By having good formation, players don’t need to look around too much to pass the ball.

There are reasons why professionals are professional, so it is important for us to learn their unique skills.