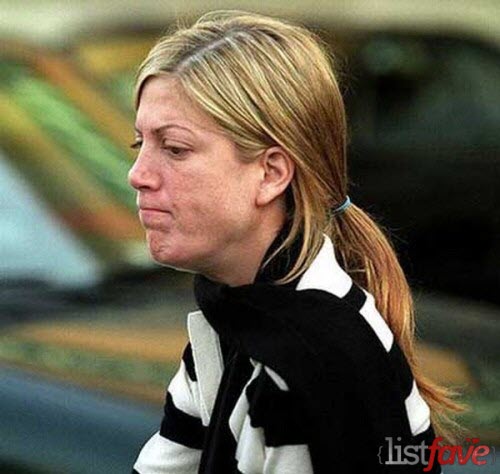 Tori Spelling or Victoria Davey “Tory” Spelling is an American businesswoman and actress, who was known for her role in a 90’s popular TV series, Beverly Hills 90210. Many people think she was lucky to have Aaron Spelling as his father, because she wasn’t as attractive as other actresses in the same series. Tori is nicknamed Butterface, because she is considered to be an overall pretty person except for her face.