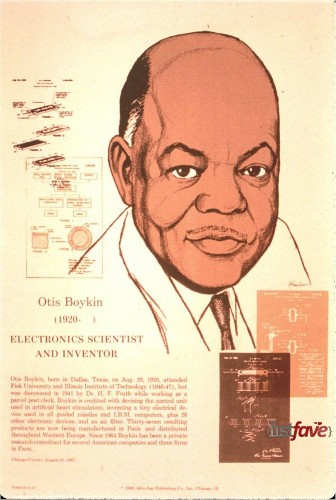 Otis Frank Boykin was an African-American engineer and inventor from Texas. He worked in Illinois Institute of Technology and Fisk University. In his lifetime, Otis invented more than 25 electronic components. His first invention was variable resistor, which could be used on radio, televisions and computers. Among his notable inventions was an improved type of variable resistor, which can be used on guided missile and other military equipments. Otis Boykin also contributed significantly in the medical field by inventing a pacemaker controller, which can deliver steady electrical impulse to keep heartbeat regular.