Why Pomegranate Is Appealing To Many People?

It is easy to be particularly passionate about pomegranate, especially if we have learned more than a few things about these amazing fruits. Pomegranates may be messy to eat and hard to spell; but many people are salivating over this unique fruit. In fact, pomegranate could be considered as a “designer fruit”, if there is such a fruit. Pomegranate could be less popular than some other fruits, but we should be excited about its health benefits.

Pomegranate is a native of Persia and it is one of the oldest recorded fruits. Historical records about pomegranate can be traced back to about 4000BC. In fact, it is believed that the forbidden fruit in the Garden of Eden was a pomegranate, instead of an apple. 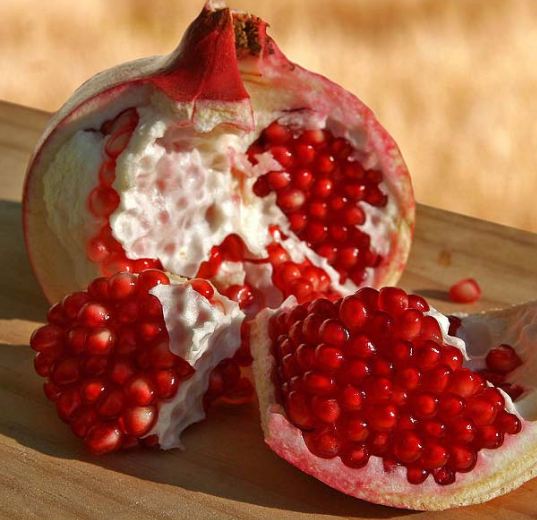 Pomegranate has had significantly influenced literature, art, mythology and religion. The fruit also inspired sculptors, painters, writers and poets to create their impressive works. Its name is derived from two Middle French words, pomme and garnete, or seeded apple. Once considered as the symbol of fertility, pomegranate is now used to symbolize good health and good taste.

Its superfood celebrity status simply ensures that what we are hearing isn’t just a passing fad. There’s no denying that the reputation of pomegranate is known as something that’s trendy. The fruit isn’t revered only for its luscious taste, but also its impressive health benefits. It is clearly a rediscovery of fruit that has been known very well by our ancestors.

However, the fruit has been proven to be quite elusive and many people still lack frame of reference with it. In general, pomegranate is still being greatly underutilized and many people continue to embrace the famous fruit. It is simply one of the most versatile produces on Earth.

Its luscious smell, beautiful color and distinct taste can simply be used for everything from body butter to burritos. Its flexibility and uniqueness make pomegranate a fun to experiment with. It is hard to not appreciate its intense flavour, crunchy texture and brilliant shade of red.

In fact, it is widely believed that pomegranate will become the “new cranberry”. For years, anything related to cranberries was all the rage, due to its healthful and tasty properties. And now, with all the expectations about its impressive antioxidants, pomegranate is seen as a prince among those healthy produces. The fruit is included in menu of large hotels and fine dining restaurants.

It is also possible to ship the fruit to distant countries, because pomegranate can be frozen, without degrading its taste and nutritional content.
In general, pomegranate should meet the demand of urbane and more refined consumers who have health-conscious mindsets; On the other hand, food manufacturers need to consistently develop new, impressive products to appeal consumers.

Today, people are looking for things that are more exotic and pomegranate should fit well in this category. Shaking and blending pomegranate with other fruits are easy to do. The combination of amazing taste and tremendous health benefits is simply powerfully appealing for many of us.