Try Some Gelato For A Special Frozen Treat

Since it is commonly known that gelato is the Italian word for ice cream, the question arises over whether or not they are the same thing. The short answer is no. Although, in theory, the two terms are ways of describing the same food in two different languages, the use of the word gelato has come to mean something different than ordinary ice cream. If you want to upgrade your normal ice cream to a treat that is a bit more special, you might want to ask for gelato the next time you are in your favorite ice cream shop. 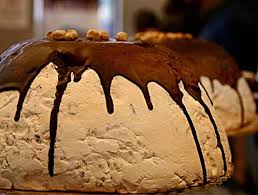 When it comes to the main ingredients that set gelato apart from normal ice cream, gelato contains more milk than cream. This means it has less fat. It is also churned at a slower rate, which reduces the amount of air that gets trapped in the mixture. Less air translates into more flavor with each bite, since you are consuming more product and less filler in the form of trapped air. Gelato commonly does not contain egg yolks, which are commonly added to regular ice cream.

Gelato has a smoother, silkier and creamier texture than ice cream. It can also be served at a higher temperature, which increases its smoothness even more. The higher temperature also decreases the numbness caused by the cold substance, so you are able to taste it better. Ice cream served at the same temperature would melt before you have the opportunity to consume it.

Gelato manufacturers such as Rainbow’s End are very good at creating products that are available when you want a special treat. You can get gelato in just about any flavor you can imagine. You won’t have to feel like you are getting the same time whenever you visit your favorite shop. Varying the flavors and add-ins can give you a nearly endless variety of choices.

Frozen yogurt is another popular frozen dairy treat. While regular ice cream is perfectly fine when you want a cold snack on a hot day, you can upgrade by going with something like frozen yogurt or gelato. The next time you are hungry for a frozen treat, let your imagination be your guide when it comes to the selection.