There’s so much to love about summer. The warm, long, sunny days; the family reunions and family vacations; and the multitude of fairs that abound world-wide.

Although they are referred to by many different names, fairs, in some form, have existed at least as long as recorded history itself. These gatherings of people occur for many reasons including, but not limited to the following: trading, business meetings, demonstrations/displays, and entertainment.However, regardless of the nature of the fair, the essence of the event ultimately comes down to one key component: the food.

The most prevalent and most popular foods may vary by region, but there exists a list of favorites which recur in some variety nearly anywhere a fair can be found. 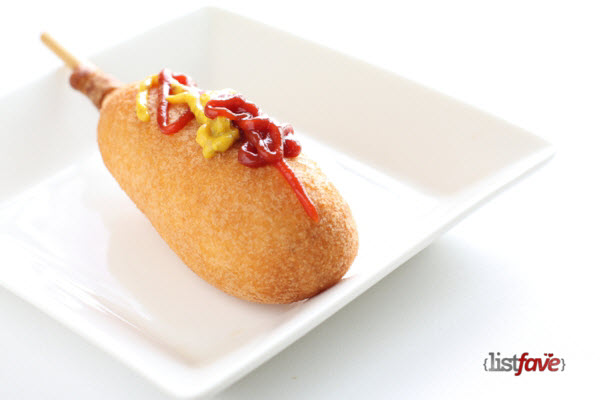 Who doesn’t love a hot dog on a stick? As with many famous foods, they origins of the corn dog are not definitive. Nevertheless, the modern version was popularized in the U.S. during the first half of the twentieth-century. The common method of preparation consists of a hot dog sausage being dipped in a cornmeal batter before being deep-fried and served on a stick.