Artworks often bewilder us and it is astonishing what people consider to be artworks these days. It seems that anyone with a chainsaw or sledgehammer can quickly make a piece of art. But apparently, some artists with particularly warped mind can turn mundane objects into something both weird and interesting.

10. The Physical Impossibility of Death in the Mind of Someone Living 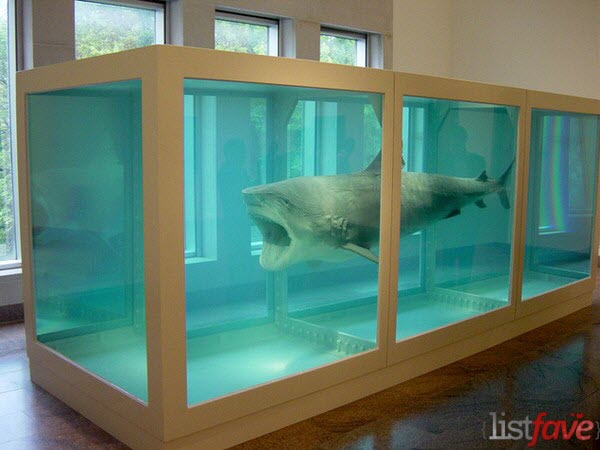 Damien Hirst preserved a dead tiger shark and called it The Physical Impossibility of Death in the Mind of Someone Living. Its sale contributed significantly to Hirsts’ financial success and valued at £215m, according to Sunday Times, he was Britain’s wealthiest artist in 2010. In 2007, Hirst also successfully sold “Lullaby Spring” in 2007 at Sotheby’s in London for £9.65 million.