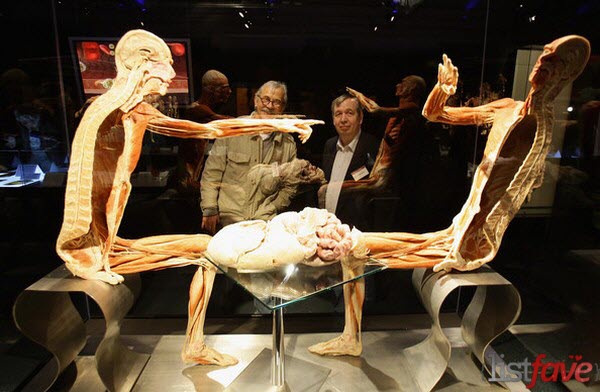 Gunther von Hagens invented a tissue preservation technique called plastination, which make him a controversial anatomist and artist. Hagens first developed plastination in early 1970’s and not until 20 years later that he started to plastinate whole human body. Hagens’ plastinated whole body specimens were first displayed in Japan and he ran the Body Worlds exhibition for a few years. From the very start, his works have been the subject of legal, spiritual and ethical debates.