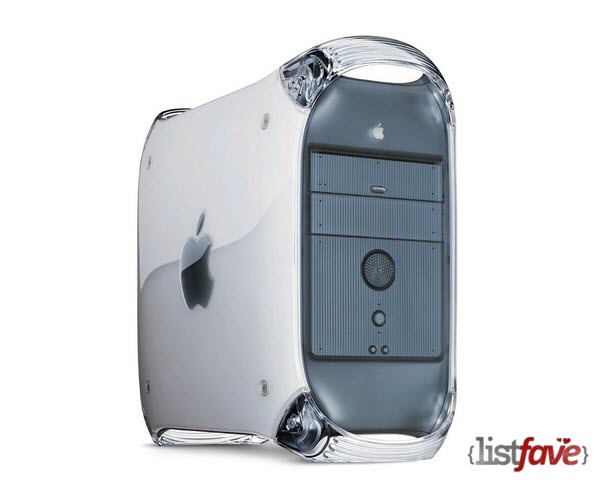 The Power Mac G4 Cube was a cube-shaped small form-factor PC from Apple Inc. It was created by Jonathan Ive, an industrial designer, and often considered as a work of art. In fact, The New York Museum of Modern Art has a G4 Cube in its collection. Despite its artistic value, the G4 was badly overpriced compared to the competitors.
It used 450MHz processor, 64MB of RAM and 20GB of hard drive; and wasn’t sold with a monitor. Seeing poor sales, Apple bundled some software and upgraded the hardware, with 500MHz processor, CD-RW drive and Nvidia graphics card. However, in 2001, the Power Mac G4 Cube was “put on ice” following a short press release.