3 Ways Schools Can Handle Cases Of Violence At School

It is a rather troubling fact that that school violence is on the rise. Many students are more concerned with their safety than studying. They are less worried about whether they can pass the test and more about protecting themselves. Violence on school grounds is a common occurrence and it could happen in many different forms. We have heard cases about tragic shooting in various schools, where mentally troubled students carried gun and maimed others. 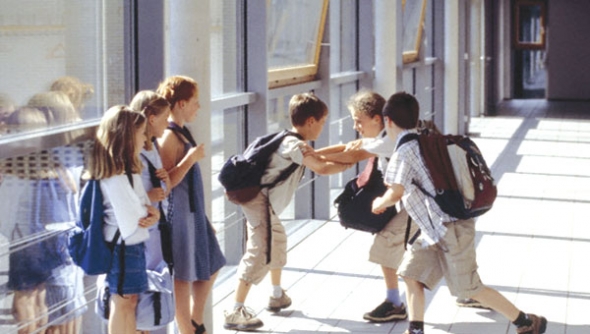 Here are three common cases found in many schools and ways to solve them:

Many students have involved in numerous physical fights. They are often caused by disagreements and feelings of mutual dislikes. Many teachers are oblivious to potential causes of conflicts in their classes and they tend to focus only on teaching new material. Teachers replace parents in classrooms and they should take more active involvement in keeping relationships between students healthy.

Teachers could make a list of potential conflicts in the class by interviewing a number of students that they trust most. These students should provide neutral views on how others in the class interact with one another. By focusing on how to keep good relationship intact between potentially conflicting students, teachers could prevent potentially violent fights. In many schools, teachers and administrators are nearly powerless in preventing rampant physical fights between students.

2. Reluctance to go to school due to concerns of personal safety:

Many students openly say that they feel threatened physically and mentally by other students in the school. This could cause them to feel reluctant to go to school. The number of children who refuse to go to school may appear to be small, but if such a case occurs, this could indicate a bigger problem among students. Many more students could also feel threatened, but they are unwilling to speak up.

Bullying is a major concern in many schools and this could cause reduced motivation. Students who previously performed well academically could get lower grades due to external, potentially violent pressures. Schools should create a dedicated task force to combat bullying at schools by identifying perpetrators and victims. Students who regularly bully others should receive special treatments from school counsellors.

They should be closely monitored and some amount of punishments could be given as long as they can educate students into better persons. Victims of bullying should be assured that they are perfectly safe at school and they need to focus more on learning process.

In countries where firearms can be legally owned by civilians, students can have easier access to these lethal weapons. There are cases of random shootings at school, which killed and injured both fellow students and teachers. Schools in areas where firearms ownership is high should take a number of preventive measures. Parents should be invited to school to seminar on firearms handling.

They should be encouraged to limit access to firearms on children. Schools could also make a list of students who may have psychological issues and investigate whether their parents are firearms users.