The Varied and Rich Culture Of Iceland

For most of us, Iceland is associated with snow, Vikings and singer Bjork, who was born there. However, there is an amazing nature in this faraway country, with geysers, volcanoes, glaciers and waterfalls. If you rent a car at Reykjavik Keflavik International Airport, you would comfortably reach the most breathtaking places. The nature of Iceland is a source of inspiration for many photographers and artists. Regardless of when you are visiting Iceland (in summer or in winter), Icelanders will always greet you very hospitably. Among all other European cultures, Iceland’s culture is rightfully considered the most original and unique. The reason for this is certain isolation of the island state, and the personal qualities of the Icelanders, who prefer conservatism and commitment to national traditions.

Such geographical factors as the severe subarctic climate, long polar days and nights, the scarcity of flora and fauna, and such natural phenomena as frequent earthquakes, volcanic eruptions, floods and snowstorms, also affected the formation of cultural traditions of this country.

Despite the fact that the culture of Iceland developed in such a harsh and inaccessible area, it retained all the vitality and independence, inherent in descendants of farmers and warriors who fled here from the tyranny of medieval Scandinavia.

The development of this new and deserted country began with the construction of strong settlements and farms. The descriptions of battles, conquests, heroic deeds and religious events (based on real events), are found in the sagas, which are the origins of Iceland’s rich literary heritage. The sagas are considered the best examples of the medieval culture of the West. These generic prose legends also tell us about the royal dynasties and famous warriors.

The traditional Icelandic music is popular all over the world (usually these are shepherd’s songs and heart-renting tunes).

The origins of Icelandic culture are taken from the Norwegian traditions. This is because the Norwegian Vikings were the first settlers of Iceland, and even some Viking traditions are still kept in the country. For example, in late January, people celebrate the Men’s Day (Bóndadagur). On this day, Icelandic men used to jump around their houses, while singing loudly. This way they tried to appease the severe January weather. Nowadays, only few men in Iceland are jumping around their houses on the Men’s Day, but, on this day, women give them various gifts and flowers. In late February, Iceland celebrates the Women’s Day (Konudagur). On this day Icelandic men bring their women coffee in bed in the morning and give them flowers.

Although Christianity is the main religion of Iceland, the ancient Norwegian religion, known as Asatru, is gaining popularity, (not as new ideas, but as an officially recognized sect).

The revival of Asatru occurred in the seventies among the sheep-breeders. This religion is based on harmony with nature and on the power of natural forces, represented in the image of ancient deities.

Because of its apartness from other European countries, the language in Iceland keeps its resemblance to the ancient Scandinavian dialects. Respecting the purity of the language, the Icelanders prevent the penetration of foreign words and phrases in every possible way. The language of Icelanders is considered one of the richest in the world, because it is having ancient roots. As for the names, the Icelanders have preserved unusual traditions as well. The indigenous people of the country do not have surnames- there are only names and patronymics. A few years ago, it was impossible to become a citizen of the country having no Icelandic name.

Remarks concerning the scarcity of their people, or concerning the size of the country, are usually treated supersensitive. The relations between the people in the country are warm and welcoming. Sociability is one of the main features of the Icelanders. They are hardworking as well, often one person has several jobs, almost all are somehow engaged in agriculture.

The national costume in Iceland is called ‘Þjóðbúningurinn’. This way people call all the national costumes of the Icelanders, which have undergone many changes over the centuries. Today the special commission ensures that in future they will not change any more. There are five types of Icelandic national costumes for women, two of which were created by the famous Icelandic artist Sigurdur Gudmundsson for various ceremonies, and the next three are known from the Middle Ages.

The national costume for men exists in three variants, however only one of them – Búningur karla is the direct heir of traditional Icelandic clothes.

This clothing, worn by Icelandic men in the 17th and 19th centuries, consists of woolen trousers and a jacket with buttons, (which is called a treyja). Treyja could be replaced by a peysa, which is having less buttons.

In the XX century, a new style of clothing was created together with the world-famous Icelandic sweater – the lopapeysa. It arose when imports of foreign goods replaced Icelandic folk goods. In order to use domestic wool, the Icelandic sweater was made. Most likely, its style is borrowed from the national costumes of Greenland women, but as a sweater, it is worn by men as well. Until recently, knitting was both men and women craze. In the countryside, however, it is still popular, and it is joked that shepherds do not stop crocheting, even for a minute, when they are raking sheep. 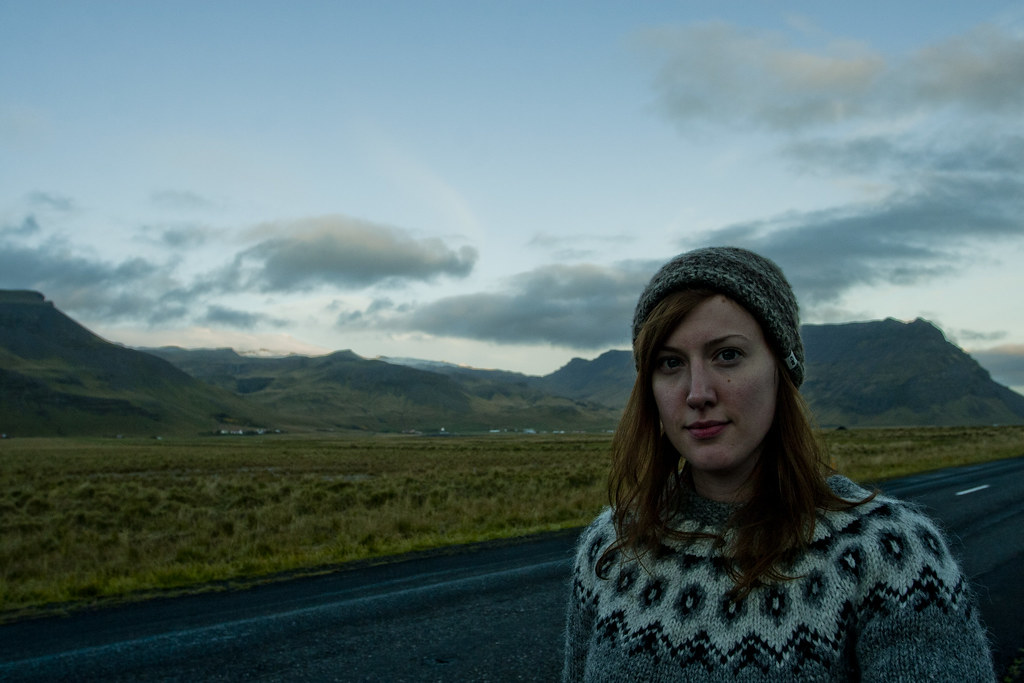 There are a little more than 300 thousand people in Iceland, 99% of them are native Icelanders, descendants of Vikings or Celts (as the recent studies say). Because of the extremely strict immigration policy, it is almost impossible to obtain Icelandic citizenship. Icelanders consider their country the most beautiful in the world and very rarely leave their homes.

Traditionally, during the construction of houses, the preference was given to peat blocks. In order to make the squat houses dry inside and cool in the summer, and warm in winter, their roofs were covered with turf. Medieval masters were famous for carving on wood, decorating utensils and furniture.