Here we are now into the second generation of Android smart watches. Although there is still a long way to go before reaching the maturity of the platform Wear®, watch manufacturers have still managed to produce excellent products this year. Huawei, new player in the field, we book for its first version … And it is all a version!

With its 42 mm diameter, the Huawei Watch will appeal to men as well as women. It is not disproportionate, but not small either.

(Number Two women’s styles have just been announced for those who want a gendered release.) 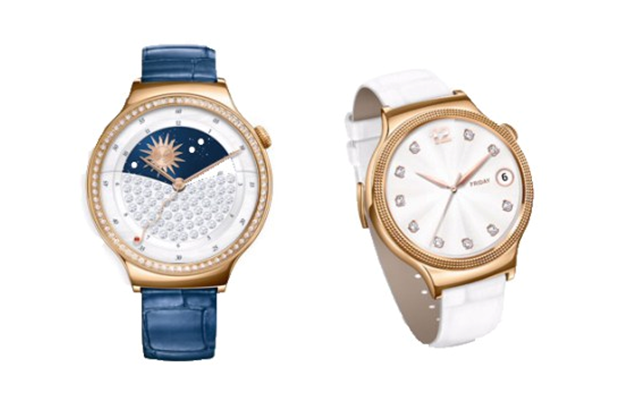 The construction of the watch is solid and we quickly notice that a lot of effort has been taken to that it looks more like a watch than a small computer that is worn on the wrist. Unlike other models I’ve tried (ie. Moto Sport Watch Zen, etc.) it is constructed of stainless steel cold forged. As for the glass, it is sapphire crystal as the Apple Watch. The reason for this is that this material is virtually impossible to grainer. I tested this watch for almost a month and the screen is still perfect, despite several shocks with various surfaces. 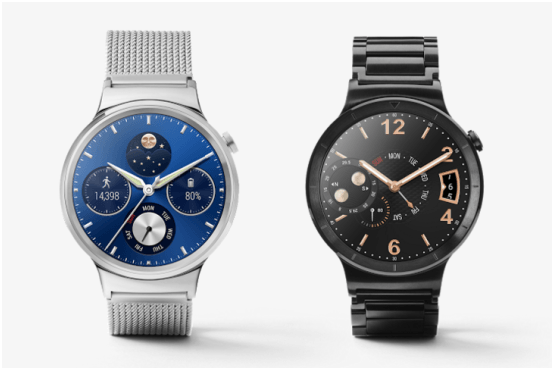 What catches my attention is the Huawei Watch how this watch looks like a conventional watch. Your colleagues and friends will not bother you at all times to ask you what your wrist (or ask if it’s Apple Watch) because they think that this is a simple watch. This is a big +!

The Huawei Watch screen is AMOLED and measure 1.4 inches in diameter. So it is a little wider than the LG Watch Urbane and Moto 360 42mm, but considerably smaller than the Moto 360 46mm. The resolution is 400 X 400 pixels, which gives a density of 286 pixels per inch. Only the Apple Watch and Moto 360 42mm have such a high pixel density. If you have excellent vision, you definitely will see the pixels, but the result is still beautiful. After a quick comparison with the 360 ​​Sport Moto, it is difficult to return to a model with a smaller pixel density. 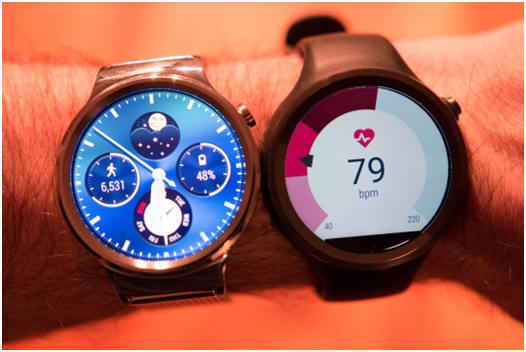 Another advantage of this watch is the fact that the screen is completely circular. Many will say that you get used to the ‘flat tire’ Moto 360, but in my case, I could never accept this aesthetic choice. I have no problem seeing the screen in sunlight at the lowest brightness level so I do not understand the relevance of adding a light sensor that adjusts the power of the screen.

When comparing smart watches, one quickly notes that almost all companies use almost identical specifications. Huawei Watch is not trying to stand out from the side with a Qualcomm Snapdragon processor 400, 512 mega of RAM and 4 GB of storage.

However, a surprise is hidden under the screen! Huawei is the only company (to date) to be integrated into a loudspeaker watch. It is not yet active since Android Wear does not support sound for now, but a new version of the operating system is being tested and you can soon say that you have the second generation of the smart watch most advanced on the market!

You can also take your shower safe with this watch because it will withstand one meter deep or may be immersed for 30 minutes before the leaks began. It is highly resistant to sweat and you can wear during your sporting activity, which is good since it also has a heart rate sensor. This sensor is not the best on the market and I would not trust him to get accurate statistics, but I was amazed at its reliability to date.

The battery remains the Achilles heel of smart watches and Huawei Watch is no exception with a paltry 300 mAh capacity. It’s not bad but not great either. With average use, I managed to survive two full days, but with an active use you will need to reload every night. This autonomy is are all acceptable, what worries me is the battery life. In constant use, I highly doubt that this battery can keep going all day within a year or two. If you buy this watch is knowing that you will have to stop using it after two years or recharge more than once a day. 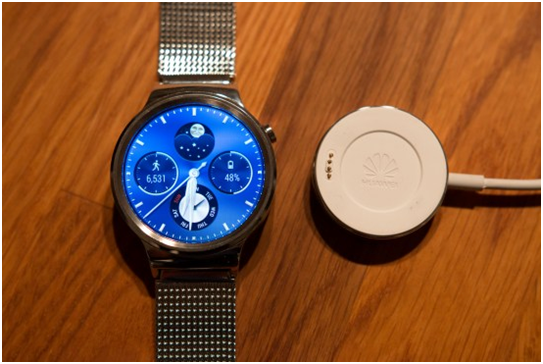 The charger is a proprietary technology of Huawei and if you lose you will pay CAD $ 50 to get one another. It is magnetized so much like the watch, however, it is difficult to align loads pins since the magnet charger instead oddly shows on the base. Often you to be convinced that the watch is connected to have a bad surprise after a few hours to realize it was not loaded.

Aashish Sharma is a Blogger, specializing in Social Media, Latest Technology News and Digital Marketing. He is always hunting for new ways for companies to engage with people using innovative technology, insightful data, and intelligent marketing which helps local businesses to a business.

The charger is a proprietary technology of Huawei and if you lose you will pay CAD $ 50 to get one another. It is magnetized so much like the watch, however, it is difficult to align loads pins since the magnet charger instead oddly shows on the base. Often you to be convinced that the watch is connected to have a bad surprise after a few hours to realize it was not loaded.