Computers are not mechanical devices, they are not affected by wear and tear. Solid state technology, which is the basis of microprocessors, RAM modules, graphics cards, SSD and others, have steady performance over the years. However, computers get slower over the time and this could be caused by multiple reasons. However, we should be able to remedy this problem, without buying a brand new computer.

Computer chips are essentially thousands of small transistors that are sealed in hard protective plastic shell. Although chips could get fried due to power surge and overheating, they don’t deteriorate in terms of performance. They simply work or don’t work.
These computer components are placed on motherboard, where solid state units are plugged in permanently or temporarily in sockets. 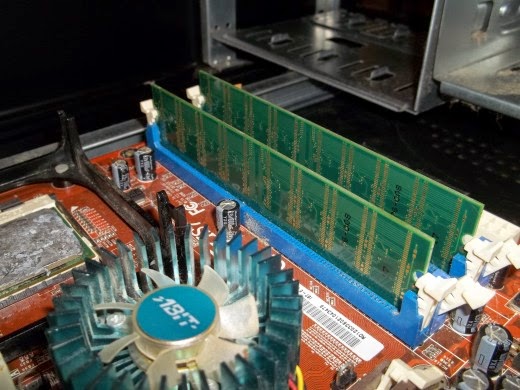 Our computer is driven by power supply unit that provides steady stream of electricity to any component. It is expected to work at even the most extreme conditions. Because power supply unit needs to handle electricity constantly, it is more likely to fail and have lower endurance compared to other. Again, either the power supply unit is working or not working; it doesn’t degrade in terms of overall performance.

Another big culprit of computer problem is the hard drive. It is the digital file cabinet that stores all files that we have. Compared to other components, hard drive also has lower reliability, especially because it’s based on mechanical system. For improved performance and higher reliability, it is preferable to choose SSD, which is based on solid state technology.

Standard mechanical hard drive is a few hundred times slower than solid state storage, such as USB flash drive and SSD. As an exchange, hard drive is more affordable and we can store gigabytes of data at much reduced price. However, because we can obtain terabytes of storage, it means that we will be more eager to add more and more data to it.

This is where the problem could slowly emerge. When the information has been crammed too much, inside the hard drive; it will become for the computer to locate specific information. The performance of the hard drive will be reduced when the storage allocation is no longer contiguous. It means that a 700MB of video files can be stored in dozens of parts across the hard drive, instead of a single contiguous location.

It could become problematic when the reader needle of the hard drive needs to jump all across the hard drive platters to read just a single file. This could happen when a file is deleted, leaving a hole in the originally tidy arrangement. It means that there could be 10MB of empty spaces there and 25MB of empty space here.

When we want to store a 35MB file, it will be split into two parts and they are inserted into these two holes. For the computer, it could feel like be given a book, with random pages arrangement. This could be a real problem in the long run, because the whole thing will become a mess.