Poker is a game that gives equal chances to the players. Poker has been a famous game played worldwide and over a period of time there have been a variety of games that are being played all over. In the beginning poker games were limited only to casinos, night clubs or pubs. But nowadays with the advent of the internet, online poker games have been famous. With the online poker games, people may now play it comfortably in their house. Nowadays there are also many online tournaments played where multi million dollars are staked for the sake of the game. Poker is not a simple child’s game; there are different types of poker that may be played such as straight poker, draw poker, stud poker, strip poker and community card poker. Each of these poker games differs from each other based on the game plan and rules, number of players and number of curds involved. 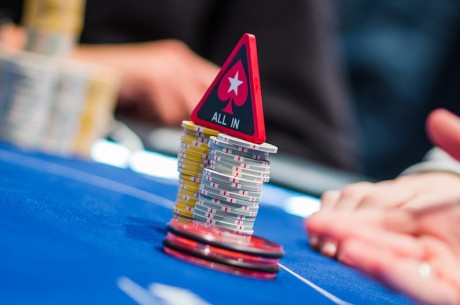 For beginners’ community card pokers are ideal as they are simple and can be played easily. One such community card game is Texas Hold’em Poker, and here now we shall go about the basics of the game. As a general poker game, Texas Hold’em Poker involves ante, blinds, and river. A community card poker can be played with 2 to 10 players at once. Of the many players, one player acts as a dealer and his position is called as a button. And the remaining players sit in a circle and start the rounds in clockwise direction. The 2 players sitting next to the dealer act as blinds- the small blind and big blind respectively. These 2 positions have the privilege of being the ones that require forced bets with the previously resolved amount. These two players therefore have to put money into the pot before the cards are distributed.

Now the game begins with each player getting 2 face down cards called as hole cards. Soon after every player gets the hole cards, the players start to play, the player on the left to the big blind starts betting on the first round and has the privilege to fold, call or match the amount of the big blind. Once the betting by the first player is over, the betting continues in a clockwise direction left to the subsequent players. These players may only fold or call the amount of the highest bet and raise them further. After all the players have finished betting, 3 community cards may be tossed face up to flop. This completes the first round of betting.

Next the play continues with the second round of the betting, of the remaining players the one who is sitting left to the button starts betting which continues in clockwise direction left to the player. Again the cards are flipped at the end of the betting, this time the fourth community card is tossed that is termed as a turn. In the next betting round the same process continues ultimately ending with a river card face down in the last round. At the showdown, the hands are revealed and evaluated.