Nickel Nanoparticles: A Closer Look At Its Occupational Exposure and Hazards

2014 was the year when the first case of sickness from nickel nanoparticles arose from its occupational exposure in the US. The case was studied and researched upon. It was also published in the American Journal of Industrial Medicine.

It is important to understand that this industrial substance is here being used in a nanoparticle powder form. The illness was an acute reaction to being exposed to the nanoparticles.

If you look at the length of the exposure, the chemist who was got sensitized had apparently started working with nanoparticles only a week prior to the sensitization. The 26-year old chemist use to formulate polymers using silver ink particles. 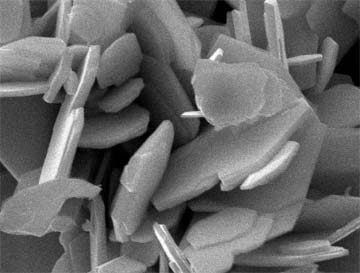 The amount of exposure

Cited as a case of acute illness, since the exposure to the nickel nanoparticles was only a weeklong. The quantity of the nanoparticles she was exposed to was also relatively low in amount as it was just 1-2 grams. It is also to be noted that the lab work was carried out wearing no protective gear by the chemist. Which of course points to the flaw in keeping up with the protection guidelines of working in the lab.

Upon exposure to the nickel nanoparticles, the female chemist sustained illness symptoms starting with new skin reactions upon wearing metal such as earrings and even the buckle of her belt. Apart from the visible skin reactions, she also experienced irritation in the throat, difficulty in normal breathing due to nasal congestion and the face appeared flushed.

Fortunately enough, these symptoms were not long-term or life-threatening. The symptoms were temporary only till the exposure to the nanoparticles lasted.

Later, in order to ensure the exposure to the chemist was not an exceptional case she was subsequently sent for a patch test where she was found to have a positive reaction to nickel. Her positive reaction was found in a normal range FEV1 which jumped up by a whole 16% post-bronchodilator.

Though the case is certainly attention-grabbing and something that can lead to the study of other factors associated with nickel nanoparticles. The case studies such as this one are important in helping assess the risks involved with occupational exposure to nanomaterial. This risk analysis further facilitates a more accurate recommendation when it comes to risk management for such practices.

The study did not grab much attention as most foundations or study centers were not surprised by the reactions sustained from nickel exposure. Over the time, scientific evidence have pointed

towards the risk of developing respiratory and skin sensitization. But the highlight of the study was, what other risks stand in terms of exposure to traditional forms of the nickel nanoparticles where considering the nature of exposure here where no protective gear was used.

The researchers of this case study have certainly added a new page to the ongoing study of the risk and approach towards potential occupational exposure hazards and how a more widened exposure comes with more potent risks.

However, adverse reactions are yet to be noted, but the ongoing study on nano-scale nickel should help understand the influence but for now, the ongoing study about nickel influence in terms of its exposure amount and form should be noted, certain protective measures should be adhered to on the industrial level and a hazard assessment could be done.