Mulching for long has been considered to be an effective method of enhancing the quality of the landscapes, provided it is being done in the right way. This isn’t anything modern, as the technique has been followed for decades, however, the method of mulching has come with multiple modernizations. Those, who actually have been in the profession for quite long enough, know the tricks out, but there are some homeowners who actually consider it to be done easily- and in this process of doing it on their own, they end up making mistakes which causes harm to the land.

Brendan Wetzel, who has the knack for gardening knows the drill because he himself committed these mistakes before taking suggestions from the experts. Now that he has been doing this for ages know what it takes to carry out the process in the most efficient manner. 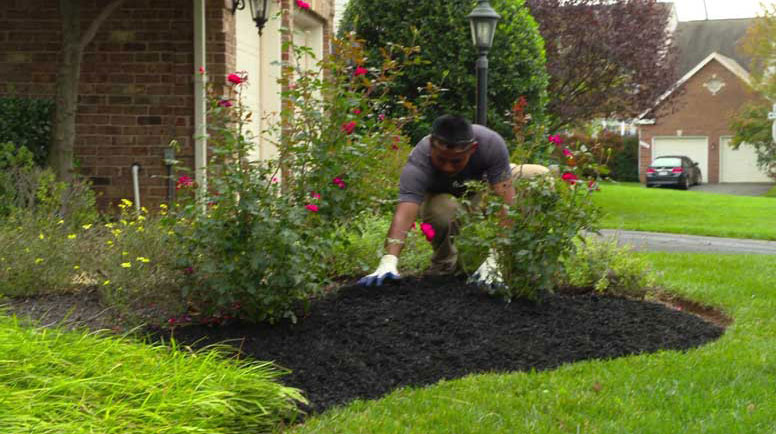 While studying the characteristics of the soil, Brendan has come up with an observation that any layer, which is more than 3 inches thick, can actually cause the roots to grow shallow, and especially during the dry days, they end up being is dead due to lack of moisture. So the first important thing to remember is to mulch only when the plants have already sprouted up, and not before it. While some of the tougher plants might bear with the process, most of them give up and hence force their way through the layer of mulch.

Volcano Mulching- A Process That Must be Strictly Avoided

One of the common tendencies that have been noticed among these people is mounding the mulches around the trunk of the plants. This must be strictly prohibited as mounding up the mulch around the bark can actually cause it to rot, find some disease and also have the risk of finding too many insects. As an alternative, the mulch must be spread so that it extends a couple of inches from the base of the tree at least by 3 to 4 inches. Experts like Brendan Wetzel have always suggested spreading the mulch in a saucer shape so that the water is being directed to the entire root system and not up to the trunk only.

In some of the cases, there is a lot of digging or replanting in the flower beds or around the trees. In such cases, it makes sense to choose a lighter mulch material like the pine straws which can indeed work into the soil for some extra protection. And most importantly, once the mulching has been put in place, there’s no removing it at all. This is a malpractice as the experts believe that doing this can actually force the soil to dry out and bring in damage to the roots as well.

Mulching has always been preferred as a process because it allows on to give a polished and refined shape to one’s landscape. Make sure you have enough suggestions from the experts and get the best result.