The word Jama is an Urdu word which basically means a large gathering. Hence, Jama Masjids are basically those mosques which are constructed in for the purpose of holding mass prayers. The city of Lucknow, being a home to a sizeable Muslim population directed to the creation of Jama Masjid. Let’s know more about the glorious past and the rich architect of this famous monument in Lucknow. 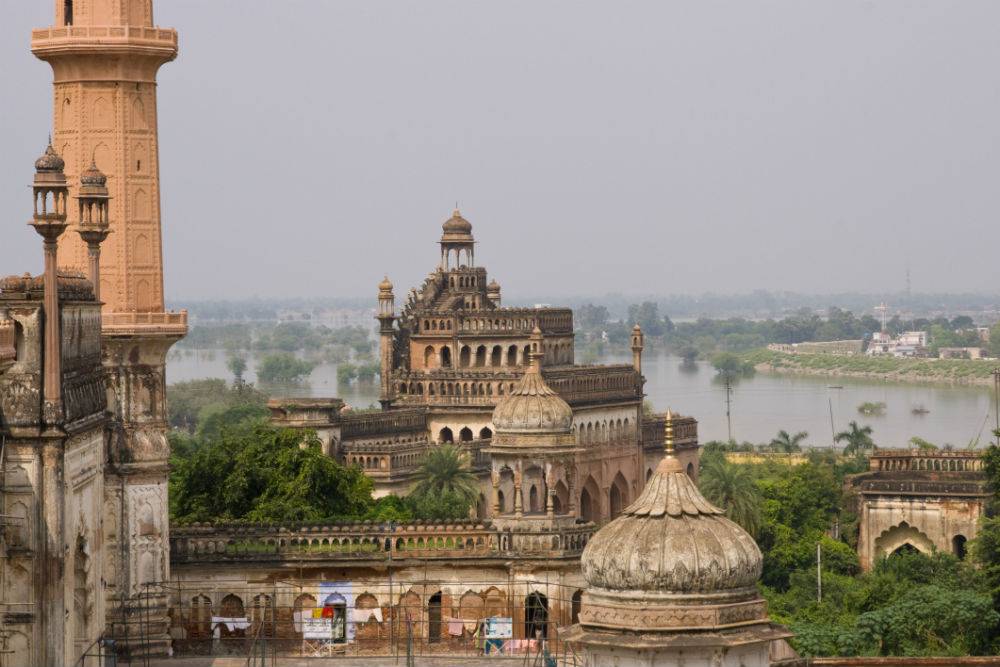 The Muslims came to India more than 700 years ago and had a major significance in transforming the culinary, architect, culture and religions in the country. Major cities in the northern region and few in the south were under the rule of powerful Muslim rulers who left their mark by constructing monolithic and brilliant pieces of architecture like mosques, forts and palaces. Lucknow, too was a major city under Muslim rulers and still showcases that finesse through architectural wonders like Jama Masjid. Other cities with a similar cultural vibrance includes Agra, Delhi and Hyderabad; but before taking a train to Agra or catching Lucknow to Hyderabad flights don’t forget to know more about Jama Masjid in the city of Nawabs.

The Jama Masjid in Lucknow is one of the most revered places of worship for the Muslims in the city, who are seen in large numbers in the mosque during events and festivals like Eid. The Jama Masjid is located right at the heart of the city with popular places like Munshi Pulia Chauraha in the vicinity. The locals also denotes the mosque as Jami Masjid.

The Jama Masjid is considered to be a replica of the one in Delhi, though much bigger in size and grandeur. Locals say that it was merely a sheer show of strength by the Nawabs, who never missed a chance to outdo the Mughals. However, if you take a closer look, the masjid somehow outshines the basic model and carries its uniqueness. In the mid 1800s, a high priest Syed Dildar Ali Naqvi of Naseerabad was invited to lead the Friday prayers, which he rejected due to slight differences in payment with a person who owned some parts of the mosque’s land. The Nawabs had to intertwine and resolve the issue. Also, during the sepoy mutiny of 1857, a large portion of the area surrounding the mosque was asked to be evacuated by the British East India Company, as a result of which the mosque became a temporary shelter for them. Jukaso Journeys reviews

As far as the architect of the masjid is concerned, it is a perfect blend of the both Hindu and Muslim architectural designs. The entire of the mosque stands over 250 pillars, which also supports the 15 arched domes. These domes are beautifully designed and intricately engraved with carvings depicting the Muslim culture. The mosque also consists of a huge courtyard and hall which serves as the prayer grounds. The eastern entrances of the mosque sees a tomb of Sultan Ahmed Shah. While the interiors are carved beautifully with Arabic verses and large domes, you also get a hint of Hindu and Jain influence inside the mosque.

So, if you’re planning to learn about the illustrious past of a city like Lucknow, visiting the Jama Masjid will surely be a profound experience. Don’t forget to enter the monument in your Lucknow tourism itinerary.