In most social media profiles of teenagers or those have just passed out from college, it can be seen that there has been an urgency of getting a job to kick start the career. Unfortunately in a country like India, where population explosion has taken a toll on the dreams of millions, jobs are not easy to come by, even for individuals who are academically strong with reasonably good foundation. Education has become compulsory in India and the minimum level of learning has also witnessed an all time high record. There have been numerous cases where unemployed people have become frustrated and resorted to illegal or dangerous means, which are detrimental to the society. Even in developed countries in USA, employment has become a serious problem to deal with. In spite of all efforts, the abilities of a government are limited and it is not at all easy to create jobs. The first part of the last century witnessed great depression whereas the last half of the last century witnessed global meltdown. With change in oil prices and turbulent situation in Middle East, the general cost of living has also witnessed steep rise. No doubt, the young job aspirants, who are on the verge of beginning their careers are under acute stress and concern.

There has also been the trend of contractual jobs which are not only uncomfortable with job satisfaction, but significantly questions the basic case of terminal reality. With no pensioning system in the private sector, there is always the unavoidable hurry of earning before becoming a senior citizen of the country. As far self employment or entrepreneurship is concerned, the situation is lukewarm indeed. One cannot definitely say that the present e-commerce domain has brought neo digital revolution, but certainly it has directly or indirectly triggered the formation of new jobs and professions. Thus big e-commerce companies like Flip Kart, Snap Deal, Amazon.in and others are in a position to pay big, but also in a position to sack, as and when needed. Thus it is crystal clear that the present perception of employability is miles apart than the older decades. Apart from that, global professional approach has been extremely congenial for entrepreneurship involvements. Being a worried parent or a sincere student in direct concern with the individual student, the question of decision-making looms large for them and inevitably such a decision can be hailed as game changer altogether.

There is no denying the fact that modern day students are much advanced and quite capable of taking their own decision, making significant impact in their lives. But, it has been witnessed from all quarters of students, their sons and daughters can’t have the luxury of ample time and opportunity. Thus specific guidance is indeed necessary for such a scenario. In this regard, there have been further debates whether teachers or parents are responsible for controlling or guiding such a scenario. The role of parents is limited as there is only slim chance that they will be aware of the new developments. Side by side, they don’t have the scientific parameters to take decisive movement in such an issue. In case of teachers, the existing school set up do not have conducive atmosphere for customized individual guidance. Thus in spite of being resourceful, teachers are mostly helpless in this regard. Now the professional career counsellors can certainly come forward with their varied inputs, loads of experiences and innumerable case studies. Let us not forget that they have got logical rationale behind their methodical approach, which enables them not only becoming great motivators to the students, but also giving proper exposure to the changing domain of workplace. 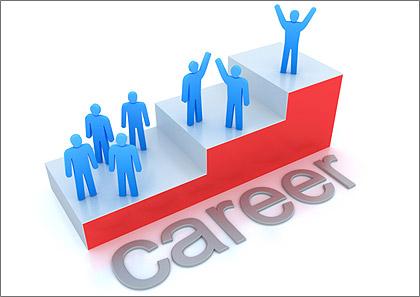