Hyderabad, The City Of Pearls

Hyderabad, the capital of Telangana is one of the most densely populated metropolitan cities of India. It is slowly turning out to be another big IT hub of India and one can feel the enthusiasm in the air of this city. The city also has good numbers with respect to the start ups present in the city.

Though one can see the prominence of the city life catching up in Hyderabad in the tall buildings of multi nationals, one also see the culture of the city that has been kept alive in the temples, old street markets, etc. One can hire a car rental in Hyderabad and visit these places in Hyderabad.

Despite Hyderabad having a long list of places that one should visit, it is also in close proximity to Warangal at 145.2 kms. The city of Warangal has the capability of taking one back to the era of the Royalty. With its historic sites and natural beauty, one is bound to relive the olden days and will feel like they are a part of that time. 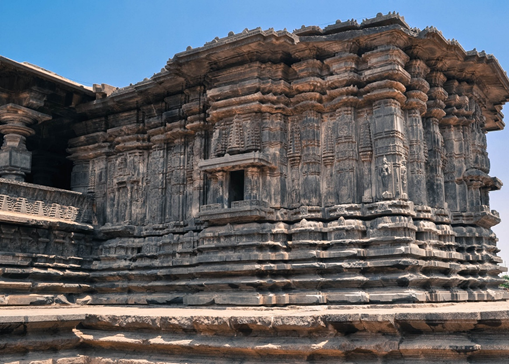 Some of the places that one needs to visit in this beautiful city are:

Thousand Pillar Temple: The architecture of the temple is shaped in a star and is one of the most popular pilgrimage sites that are present in the city. The popularity of this temple is such that it sees more than a thousand devotees walking in the temple every day, offering their prayers.

Warangal Fort: This is one of the most prominent landmarks that are present in the state of Telangana. This fort is an excellent example of architectural brilliance. The fort has been built in three layers. These three layers of fortification are built in a way to look after all the safety matters.

Today, the Fort is in ruins but even then one can see delicate designs in its crafts and also observe the artwork in its stonework, sculptures, etc.

From a historic point of view, the fort stands tall even after going through numerous invaders and living many wars.

Ramappa Temple: This temple is located some 77 kms away from Warangal and 143.9 kms away from Hyderabad, one can hire an outstation cabs in Hyderabad and get to this temple. This temple is a part of the Palampet Village and according to the inscription present in the temple, the temple dates back to the year 1213 AD. The temple is said to have been built by the General Recherla Rudra.

This temple is dedicated to Lord Shiva. The name of the temple is the sculptor of that Temple, Ramappa who was a Vishwakarma Brahmin Sthapathi belonging to the state of Karnataka.

Pakhal Lake: This is a manmade lake that was built by King Ganapati Deva during the Kakatiya Dynasty. This was during the 1214 AD. The water from this is also used for irrigation and one can also enjoy the Pakhal Wildlife Sanctuary that is situated near the lake. This sanctuary was also established during the year of 1952 by Kakatiya Dynasty. One can enjoy the wildlife in this area as this area stands as a safe haven for all these animals.

Bhadrakali Temple: The rulers from the Kakatiya Dynasty have left behind a number of heritages in this city; this temple is one of them. The structure of this temple was built during the eight century and is dedicated to Goddess Kali.