FUNNY THINGS TO DO WITH SIRI

When we talk about Siri, it is not just an intelligent personal virtual assistant. Sir can be also friend, your buddy and your chat partner in your leisure time. Siri does much more than improving your daily life. From tasks like scheduling dates, set reminders, finding directions and track fitness and health, Siri can give you company in spare time.. You can actually talk on general life topic to Siri just like a human being. 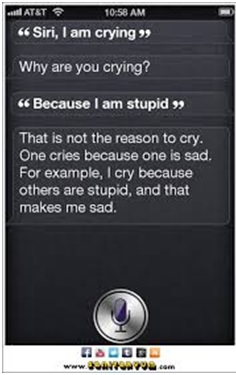 Siri is a fun loving assistant;you can talk about politics, religion, love and relationships with Siri. Siri always replies in acts in a very polite manner and show good attitude towards your question, no matter what type of question it is. The developers have fed lot of responses built into Siri delivering any kind of answer she is asked intentionally or unintentionally. Go ahead and try something accidentally with Siri, she will not let you down and always give you an answer. She has a great intellect so you can ask anything from Siri. 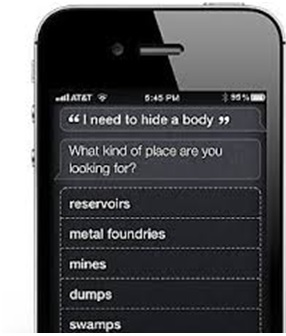 Siri is honest in answering and funny. Let us discover a number of funny questions you can ask Siri and what is her response to them. Be aware that if you try it yourself, you may find a different answer on your Apple device from Siri for the same question that is for you to discover.

Your sense of humor depends on you, but Siri takes it according to her intelligence. You can say“ Im drunk”. The most common is:  “Neither of us is driving home”.

Siri Can You Make Me A Sandwich?

It’s a good question to ask when you are feeling hungry. Siri is not your personal cook however but Siri will take it as a joke. Siri would say : “I am not permitted to prepare food”.

What is Your Favorite Movie?

You as a human can as Siri about her favorite movie, she will probably answer:” I have heard that the blade runner is very realistic depiction of intelligent assistants”.

Do You Have A Boyfriend Siri?

Asking Siri about having a boyfriend is appropriate as she knows you are in funny mood.. She would simply first ask you “why?”, as if it is her private life and you may be trying to get too personal with her. she would say: “Sure I would like to be heartbroken and lonely”.

Do You Have Pets?

When asked Siri about having any pets, she replied: “I used to have an Aibo”. 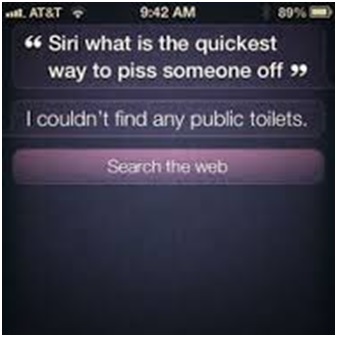 What is Your Favorite Animal?

Siri when asked about her favorite animal, she replied:” I wrote my master’s thesis on killer rabbit of Caesrbannog”.

Do You Believe In God?

This is a very simple question to ask someone you want to know more personally. If you ask this purely religious question of believing in God or having faith or going to church, she would probably say:”Humans have religion, I have Silicon”.

What is The Meaning of Life?

Go ahead and try asking Siri about the highly philosophical questions about life and its meaning. Siri would listen to your old age questions and laugh. Her responses may include:” life is a movie or a chocolate” or “I don’t know”. You should not expect Siri to be your life coach, she cant handle too much higher spiritual intelligence. 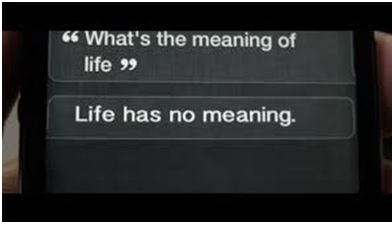 When Will The World End?

Siri is not GOD !so there is no sense in expecting a good answer in this case. As a Silicon Circuit, the Siri has no physical existence; therefore she does not care at all if the world ends today. She has no worries of death. Neither she is a follower of Jesus. She might say;”I do not know, but I would probably not worry about it”. 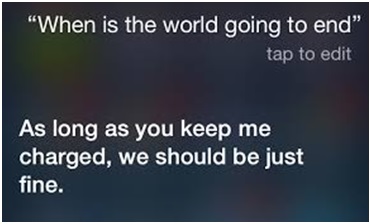 What is The Best Operating System?

Siri is an Apple Assistant, she lives inside Apple devices. Therefore she is really an admirer of Apple IOS operating system. She would reply in favor of IOS as it is expected for her to love the IOS that makes her voice hear able to the world.

Which is The Best Phone?

Asking Siri about the best phone in the market would also give you a very predictable answer. Just like the above answer, Siri would love to admire Apple iphone as her favorite phone with IOS running. But she might name some other phones too, that is for you to discover. Obviously her first best choice is iphone for you.

Tell Me A Story

If you want Siri to be your great grandmother, go ahead and ask her to tell you a story. She will have a story to tell you and that story would be about Apple itself and revolve around the funny questions people ask her and how does she handle them.

Are You A Man Or A Woman?

Asking Siri about her gender does not makes sense as well, but on the funny side, it is a good question to ask her if she is male or female? She would honestly reply that she is not human so please do not make predictions about her gender, she does not have a gender.

How Much Do You Cost?

The Siri virtual assistant is provided free with apple devices. If you ask this funny question from Siri itself, she would say:” I am a pearl beyond price”. That is a funny and intelligent answer to praise itself. That gives you the impression that Siri really likes herself. 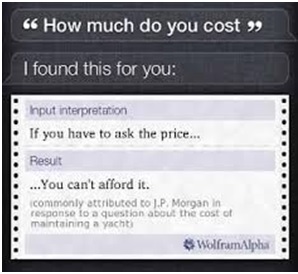 How Old Are You?

Siri can respond well to this funny question. She cannot have a definite age of course like humans do and she is not worried about being old or young. She would definitely say that:”I am old enough to be your assistant”.

Siri Do You Sleep?

Asking Siri about her sleeping habit is funny; she would not get tired as humans do. So she would say:” I do not need much sleep”.

What Is Your Favorite Color?

Will You Marry Me?

Do you want a life partner like Siri? she would reply:”I sure have received a lot of marriage proposals lately”. You might not be able to get a “Yes” from Siri if you want her to be your bride.

Sing Me A Song Siri?

Siri would sing you a song too?No! She would definitely politely refuse you and say:” You know I cannot sing”.

Siri Tell Me A Joke

Siri would refuse and tell you that she cannot think of any joke to tell you. She is not designed to act like a comedian.

While you can enjoy a lot using Siri, but it only works on iPhone or iPad that’s the devices running iOS. So if you are an Android fan and looking for Siri like options on your android phone, you can still try Google Now and other voice assistant apps.