Kerala is a state situated in southern part of India. It is famous for its tradition, culture and scenic beauties. Bordering the shoreline of Kerala and twisting far inland is an intricate networks of numerous lagoons, lakes and inland waterways of approximately forty five rivers that conduit into the Arabian Sea. Due to these unique geographical features, Kerala has become one of the most visited tourist destinations in India. 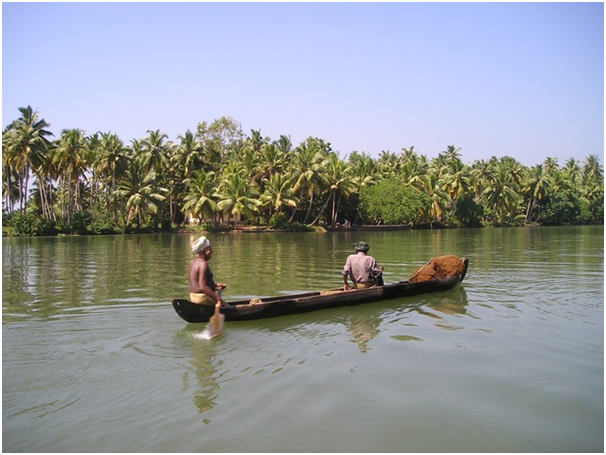 Kerala is a land of mountains, beaches, backwaters, fish curry, Kathakali, coconut and spices. Apart from being the most beautiful states of India, this state also ranks highest in terms of literacy. Other than beautiful hill stations, waterfalls and beaches, Kerala is also popular for being a religious place. You can find various Hindu temples, mosques and churches across the city. That is the reason; the tourism department of India has named this city as “God Own Country.”

Culture – Kerala has a very rich culture. No other state can match the greatness and the creativity of Kerala. The customs and the conventional talent of Kerala enjoy the rich benefaction, and it is unmatched from any other state of India. This is also one of the reasons, why people like to visit this magnificent city. Kathakali was born in this city. In fact, this form of dance is appreciated across the globe. Every year, many tourist flocks to India to see the culture performance of these artists. Their attires and facial expressions are a visual treat to any traveller.

Houseboats – Houseboats are the reason you can see lot of couples spending their honeymoon in this sumptuous place. This boat moves slowly and gives you the opportunity to enjoy the exotic looks and beauty of this place. Locally, they are known as Kettuvallam. One of the most suprising facts is that the entire boat is tied with coir of knots and not a single nail is used to construct the boat.

Ayurveda and spa – Kerala has a wealth of herbs and medicinal plants. An elaborated system of ancient healing that began in India a large number of years back is Ayurveda. Kerala also known as the health destination is based on the recuperation methods of Ayurveda. There is a wide range of massages for mind, body and soul that can be enjoyed at the spas and with the natural cure of Ayurveda.

Beaches – There are numerous beaches bordering the shoreline of Kerala. Some of the most famous ones are Cherai Beach, Beypore Beach and some more. The beauty of this state lies in the exquisiteness of these beaches.

Kerala is easily accessible by all modes of transport like air, railways and road. There are many direct flights that offer great deals and discounts during the monsoon season. Kerala is also well connected with all the metropolitan cities of India. You can hop on a long distance express trains like Rajdhani and enjoy the scenic beauty and even can order food from train during your Journey. You can also reach easily to Kerala via road as well. Tamil Nadu, Andhra Pradesh and Karnataka highways are connected to this state.